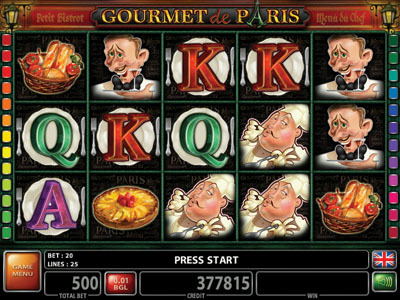 Any company would find it challenging to lose a major market for its products. The loss of two in one year, though, could easily be fatal.

Not for Casino Technology, which in fact had two of its major markets disappear this summer. The manufacturer, based in Sofia, Bulgaria, marks its 10th anniversary this year with an eye toward expansion.

Casino Technology’s products can be found in 50 countries, and that number is growing every year. That’s a vital fact in light of what happened this summer in two of the company’s major markets, Russia and Ukraine.

There had been fair warning that Russia was going away, its major casinos forced to close by government order July 1. No one, though, saw the Ukraine situation coming.

Only weeks after the Russian industry shut down, the government of the Ukraine, overreacting to a fire in a slot parlor, shut down all of the nation’s slot venues. Casino Technology faced a fresh challenge.

Luckily, much of the slot manufacturer’s focus for the past few years has been on expanding into new markets. Casino Technology Vice President Rossi McKee says the sudden glut of inventory, while certainly not welcome, did serve a purpose in the market expansion. “It is good news with respect to the economic situation,” she says, “because we can use this equipment as stock that is already manufactured; we don’t need to invest as much, and we can place this equipment and get it to the end customers-the players-as quickly as possible.”

According to Sonia Nikolova, the company’s sales and marketing director, by the end of this year, all Casino Technology equipment returned from Ukraine-much of it had been on installment financing arrangements that collapsed when the casinos closed-will have been refurbished and resold in other markets. “All the machines from Ukraine are preferred games for the Balkan region, so it was not hard to find a market for them in Serbia, Romania, Macedonia, Albania, Cyprus and elsewhere,” Nikolova says.

And, as attendees at G2E will see, there is plenty of new product in the pipeline as the company continues its strategy to move beyond Eastern Europe. Casino Technology’s success always has been traced to the quality of its products. The company has been a dominant force in Eastern Europe, thanks to innovative video slots and multi-player table innovations-and company executives say the strength of the product line will carry the company as it expands to new markets.

“We didn’t expect Ukraine to close completely, but we knew there would be some change in legislation,” says Ivan Tzankarsky, the company’s executive director. “We started taking measures to replace those sales before this happened.”

Those measures have consisted of a coordinated push toward establishing a presence in Asia (the company has games installed in Macau, and is focusing on Singapore and the Philippines as well), Central and Western Europe, and beyond that to the Americas.

Casino Technology’s slots have already established a foothold elsewhere in Europe. “Anticipating the upcoming changes in Ukraine, Russia and Kazakhstan, we started to prepare adequate substitution for those markets a year ago,” says Nikolova. “We have limited-payout machines in Italy, Hungary and Czechoslovakia, where we’re expecting very good sales next year. Results are also very good in Portugal, and we have good installations in Germany-we’re focusing on doing more there. There is quite a big potential, especially for Western Europe.”

The company also recently became licensed to sell machines in Greece. “If changes in legislation happen, as expected after New Year, Greece is going to be a very good market for us outside of the casinos-for the routes, the straight gaming halls,” McKee says.

The company already has established a foothold in the Americas as well. “We’ve stepped up pretty successfully for the past year and a half in Peru,” McKee says. “We’ve got quite a lot of installations there, and the games are well-received by players. We’re continuing to enlarge our base of titles there, so we can offer new and better games for the Peruvian market.

“Another promising market for us is Argentina. It is one of the best-regulated markets in South America. We are moving forward with the desire to be one of the biggest suppliers in that market.”

Casino Technology also is pursuing new sales in Chile, and in Central America and the Caribbean markets.

North America and G2E
Casino Technology has been making gradual inroads into North America, but this years’ events have accelerated the pace of its U.S. market entry. The company’s first games have already been installed in California, and more games are currently at Gaming Laboratories International for certification.

According to Nikolova, the company’s next move in the U.S. will be more California installations-games will be in six casinos by January, she says-and in Oklahoma, where two installations are planned.

This year’s Global Gaming Expo will do much to spread the word to U.S. operators about Casino Technology’s products. The company’s lineup of products this year will highlight some of the biggest introductions from last year, including the “Gemini Sensa” video slot format, and games that are approved or near approval in the U.S. for that series.

The “Tangra Touch” slant-top cabinet also will be highlighted, as well as a perennial at the company’s trade show displays, “PlayMe Dueling Pianos.” This is a pairing of two grand pianos, each with an embedded automated roulette wheel linked to four player stations along the piano’s side.

According to Nikolova, the company’s G2E focus will be a library of certified games approved for California and Oklahoma. At the IGE show in London, the company will launch its improved video slot format, “Gemini Sensa Plus,” with dual 22-inch monitors and a third monitor for server-based functions.

For the U.S. show, slots for GLI-approved formats will provide the basis for the launch of a new series of video slots, called “Pro.” Games in the series combine free spins and high volatility to create extended time on device, says Nikolova.

Among the titles being launched at G2E are “Rumble in the Jungle,” a 25-line video slot featuring three progressive jackpot levels, won during a free-spin round. “African Moon” takes the triple-progressive jackpot concept to a 50-line format.

Another featured game is one designed for the Native American market, called “Prairie Dancer.” It is a 100-line video slot with a stacking feature that can result in the entire screen being covered by one symbol. Another game including this feature is “Gourmet de Paris,” a unique 25-line game that features every symbol spinning independently as a separate reel.

Among the other highlights are “Cage King,” a 25-line video slot with a three-level progressive; and “African Magic,” a 25-line game featuring high volatility and a multiplying wild symbol.

Casino Technology also is developing a new series of 3D video slots which will be officially launched in January. For G2E, though, the focus will be on spreading the word in the U.S. about the quality of Casino Technology slots and multi-player electronic table games.

Casino Technology was able to weather the storm of challenges this year because its products were already in demand. Next year, the strength of the slot-maker’s product line promises to dawn on operators in an ever-growing number of new markets.