Expert Douglas L. Minke explains what you should know about Native American casino credit policies and why they are important to casinos large and small. 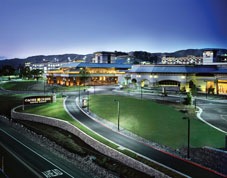 During the past 20 years, the Native American gaming industry has changed dramatically. In the early years following the enactment of the Indian Gaming Regulatory Act of 1988, many of the Native American Class III casino facilities were basic buildings with slot machines and table games.

Contrast that with the present, where many Native American Class III casino complexes cost hundreds of millions of dollars to construct and contain structures and amenities that rival some of the top Las Vegas casinos. The growth of the industry is also illustrated by the fact that, over the past 12 years, Native American gaming revenues in the United States have exploded, increasing from $6.3 billion in 1996 to more than $25 billion in 2006. This nearly 400 percent increase in revenue has resulted in a dramatic increase in the number of jobs, and the complexity of the entertainment experience, offered at many of the Native American casinos throughout the country.

As a result of the increased number of Native American gaming operations becoming more “Las Vegas” in nature (complete entertainment operations including gaming, entertainment, lodging, food and shopping), many tribal casinos are seeing their customer base wanting all of the amenities they are accustomed to at a traditional commercial casino.

The issuance of casino credit to tribal casino patrons is one of these amenities, and when implemented correctly and extended to properly qualified patrons, it can be a valuable addition to a casino operation. As the landscape of Native American gaming continues to evolve, it is likely that additional casinos will look to the implementation of a casino credit program. It is the goal of this article to outline the key regulatory components so that, should a Native American casino choose to add a casino credit program, it will have a basic understanding of what is required to initiate the process.

However, as a result of the multi-level nature in which Native American gaming is regulated, it is important that each tribal casino operator analyze its own individual legal and regulatory situation before deciding whether to proceed.

A discussion of all the variables present in deciding whether to introduce casino credit to a Native American gaming operation is well beyond the scope of this article, but here’s a brief overview of the regulatory issues presented in making such a decision.

According to Al Zayas, director of cage, credit and collection operations at Cache Creek, the keys to successfully implementing a casino credit policy include: (1) making sure all casino departments are “on board” in developing the policy, including cage/credit, management, accounting, security, table games, regulatory compliance, etc.; and (2) training, training, training. On this latter point, Zayas stresses the importance of training the casino credit department staff: “Training the credit staff is important, not only to ensure compliance, but also because it will lead to proper and responsible credit decisions concerning the amount extended to patrons.”

This attitude has led Cache Creek to measure its casino credit policy success not just in increased revenue, but also in the fact that it experiences a very low percentage of credit instruments returned. According to Zayas, “our low percentage of returns shows that we have a responsible credit policy and that our patrons are gambling responsibly.”

While Cache Creek has successfully implemented a casino credit policy, Native American gaming operators considering the introduction of casino credit must first look to the sources of regulation to get a feel for the framework under which a decision should be analyzed.
Regulation of Native American Casino Credit Policies
Native American casino credit policies are regulated by the subject tribal-state gaming compacts, tribal gaming ordinances, tribal gaming commissions, and a tribe’s own internal control policies. As stated by Nelson W. Westrin, former vice chairman of the National Indian Gaming Commission, “the tribes should be implementing and enforcing sound casino credit standards on their own, as they are the primary sovereign regulator of their gaming enterprises. Such standards must sufficiently meet the generally accepted credit standards of the national gaming industry, of which Indian gaming has become a major segment.”

From a historical perspective, it is important to note that the NIGC has attempted to provide a baseline of regulation for casino credit operations at Native American gaming properties. In 1999, the NIGC promulgated “Minimum Internal Control Standards,” for the regulation of Class II and Class III tribal gaming. The United States Court of Appeals for the District of Columbia has described the MICS as regulations in which “no operational detail is overlooked.

“The rules establish standards for individual games, customer credit, information technology, complimentary services, and many other aspects of gaming.” Specifically, 25 CFR §542.15 provides the minimum standards for the issuance of casino credit at Native American gaming properties. These regulations provide for many of the same requirements as required under the administrative rules of major commercial gaming jurisdictions, such as Nevada, New Jersey and Michigan, including:
? Credit standards: requiring a record of the patron’s name, identification, credit limit, credit issuance and payments; review of the patron’s credit record to determine proper credit limit; procedures for the approval of credit over the pre-established limit; and requirements of the credit marker instrument.
? Credit instrument repayment standards: including the process of recording payments, partial payments and the credit marker instruments to which the payments apply.
? Restrictions on access to patron credit documentation and maintenance of these documents.
? Standards for the write-off and settlement of overdue credit instruments.
? Standards for the collection of credit instruments; and
? Credit accounting and auditing standards.
The MICS also provided for regulation of the tribal casino cage, including the standards for, among other things, cashing personal, business, counter and cashier’s checks, front-money deposits and coupon redemptions. Along with these minimum internal controls, the NIGC also developed certain audit checklists to provide the operator, as well as compliance auditors, with an efficient way to review and ensure compliance with NIGC regulations.

Importantly, in October 2006, the United States District Court for the District of Columbia examined the MICS issued by the NIGC in the case of Colorado River Indian Tribes v. National Indian Gaming Commission, et al. In this case, the Colorado River Indian Tribes sued the NIGC, claiming the commission exceeded its statutory authority by promulgating minimum internal control standards for Class III gaming in tribal casinos. The court began its analysis by examining the Indian Gaming Regulatory Act’s grant of regulatory authority to the NIGC:

While the statute grants the commission audit authority over “any other matters necessary to carry out its duties,” the statute does not indicate that these duties extend to Class III regulation. Instead, the main provision dealing with the regulation of Class III gaming contemplates joint tribal-state regulation.

The court went on to affirm the District Court’s finding that IGRA does not provide the NIGC with authority to issue minimum internal control standards for Class III gaming in a succinct conclusion:

This leads us back to the opening question?what is the statutory basis empowering the commission to regulate Class III gaming operations? Finding none, we affirm.

Native American Casino Credit Regulation in the Future
According to a recent press release from the NIGC, “since the Colorado River Indian Tribes ruling by the United States Court of Appeals for the District of Columbia Circuit in October of 2006, the NIGC has not conducted any MICS audits at any Class III Indian gaming operation, except by express invitation of the tribe. The court ruled that the Indian Gaming Regulatory Act did not provide NIGC with the authority to impose minimum internal control standards upon Class III Indian gaming.”

Despite the decision from the federal Court of Appeals, the MICS, including their provisions related to casino credit, continue to be a valuable regulatory baseline for tribes to follow as they strive to develop and implement a strong casino credit policy?even though they will not currently be subject to an NIGC audit on these exact standards. And though the MICS are not currently in force, a number of tribes are working with the NIGC to nevertheless reinstate the MICS provisions.

On January 15, the NIGC announced that five California tribes have agreed to reinstate the NIGC MICS at their tribal gaming operations. The Pala Band of Luiseno Mission Indians, Picayune Rancheria, Rumsey Band of Wintun Indians, Twenty Nine Palms Band of Mission Indians and the United Auburn Indian Community each recently adopted a gaming ordinance that requires compliance with the NIGC’s MICS.

In announcing these agreements, NIGC Chairman Phil Hogen stated, “In 1988 when Congress adopted IGRA, bingo was the major component to Indian gaming and I think it was clear that the NIGC would have an oversight role of all Indian gaming. In 1999, when NIGC promulgated MICS, we had a wonderful tool to measure performance, and it is this function that played a role in the explosive growth in the Indian gaming industry by providing additional confidence to the public.

“Where there are weaknesses, we step in to provide assistance to the tribes in need. The Colorado River Indian Tribes ruling decision created a significant hole in the oversight and regulation of Indian gaming, which these tribes have repaired through the exercise of their own inherent authority. The commission and I look forward once again to assisting these tribes in their regulation of Class III gaming.”

In the end, whether or not the NIGC has the authority to issue and enforce the Class III MICS, the responsibility to regulate and enforce the casino credit policy will fall to the tribe itself, and its tribal gaming commission.

As demonstrated by the success of the credit program at Cache Creek Casino and Resort, a successfully implemented credit program can add value to a Native American casino property. Furthermore, to successfully implement such a casino credit policy, one must ensure that it is built upon a solid legal and regulatory foundation. As the Native American casino experience continues to evolve, it is likely that casino patrons are going to continue to request the “Las Vegas” casino experience, including access to casino credit. The question, then, is: Will your casino be ready?

Douglas Minke is an attorney with Regulatory Management Counselors, P.C. Minke’s areas of practice include general business law, gaming supplier licensing, commercial litigation and creditor’s rights. You can reach him at 313-221-9380, [email protected], or online at www.rmclegal.com.

1. Familiarize yourself with casino credit regulations, including those of commercial casino jurisdictions and the NIGC MICS.
2. Review applicable tribal-state gaming compact, tribal gaming ordinance and tribal commission regulations.
3. Consult with key decision-makers in casino operation, e.g. management, accounting, security/surveillance, regulatory compliance, etc., as to support for a credit policy.
4. Establish an exploratory committee to study and establish a credit policy.
5. Consult with legal counsel to have a “credit analysis” performed to ensure compliance with all legal and regulatory requirements.
6. Establish the casino credit regulatory process to govern the issuance of credit that complies with gaming ordinances, tribal-state gaming compact, and other applicable regulatory procedures.
7. Delegate authority over the credit program to a key manager of the casino, and provide resources to ensure compliance.
8. Develop the necessary forms to administer the credit program, as well as administrative process to ensure compliance.
9. Create a comprehensive process to educate staff, as well as patrons, on the casino credit program.
10. Continually evaluate the credit policy to ensure effectiveness and maintain compliance with all laws and regulations.