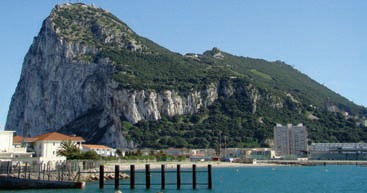 After losing a challenge in Britain’s High Court of Justice to the country’s new licensing requirements for offshore operators, a trade group representing Gibraltar’s web gambling operators are suing again, this time to overturn the U.K. government’s plans to impose a 15 percent tax on revenue generated from British players wherever the operator is located.

The Gibraltar Betting and Gaming Association says this “point of consumption” tax, as it’s known, violates E.U. law and ultimately will harm consumers.

“The new tax regime breaches Article 56 of the Treaty on the Functioning of the European Union in that it amounts to a restriction on the free movement of services,” the association argues in its application for High Court review.

The tax is designed to “discourage remote gambling operators from moving to foreign jurisdictions and offering their services to U.K. consumers from those jurisdictions,” the GBGA claims. “This aim is contrary to the very essence of the E.U. rights of freedom of establishment and freedom to provide services guaranteed by Article 56.”

The association also contends the tax is “discriminatory” by subjecting E.U.-based operators to the possibility of double taxation—in Britain and in their home country—depending on their location.

As for consumers, the petition claims the tax would encourage a “black market” to flourish in the U.K. by encouraging players to seek out “companies with no regulation and lower overheads,” increasing the risk of “fraud, non-payment and abuse.”

The new requirement that all U.K.-facing operators must be licensed by the U.K. Gambling Commission commences next month under an extended deadline prompted by the GBGA’s first unsuccessful challenge. The tax, incorporated in a new Finance Act passed by Parliament this summer, kicks in on December 1.

A spokesperson for HM Revenue & Customs said, “We will robustly defend against the challenge” to the tax. “We are studying the grounds, but are confident the reforms are lawful, proportionate and non-discriminatory.”