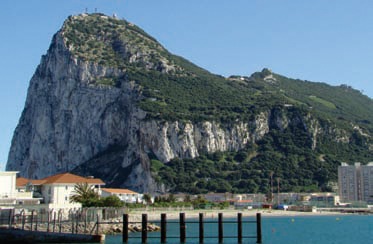 Officials and executives in Gibraltar’s thriving online gambling industry are crying foul over Prime Minister David Cameron’s plan to impose a 15 percent tax on U.K. residents who place bets on the dozens of sites operating from the British overseas territory.

While Britain is responsible for Gibraltar’s military and international relations, the territory has significant autonomy over trade and industry issues, including the ability to set taxes. What Gibraltar cannot necessarily control is taxes that London imposes on Britons in Britain.

The tax would be “clearly against the common-sense logic of electronic commerce,” said Phill Brear, Gibraltar’s gambling commissioner. He said that about 60 percent of online bets by Britons were placed through Gibraltar sites. “We now hear a lot of talk in the U.K. about creating a level playing field. But you can, in fact, never level the field between high-street shops and online services.”

The proposed 15 percent point-of-consumption tax, the same as that imposed on Britons who bet within Britain, would be a sharp markup from the 1 percent that Gibraltar currently levies. The plan, which Cameron wants to take effect by December 2014, would also make it compulsory for Gibraltar-based companies to have a British license to serve British customers.

The change would put “a huge and unwanted cost on our business,” said Steve Buchanan, who heads the Gibraltar operations of Ladbrokes.

It’s a big deal for Gibraltar as well. The industry represents about 15 percent of its US$1.89 billion economy, and gambling companies provide jobs for about 2,500 of the territory’s 30,000 residents. Even with the worldwide financial doldrums, the business continues to grow. Four more Gibraltar-based operators entered the field in the last year, raising the total to 25, each of which might operate several websites.

The industry is setting up a common legal fund to help pay for a court challenge in the European Union. Their argument is that the tax is a protectionist measure that violates the E.U.’s free-market rules.