GGB is committed to providing updated news and analysis on our weekly news site, GGBNews.com.
Podcasts, Podcast Q & A

An interview with Dennis Gomes, the president of Gomes Gaming and part-owner of Resorts Atlantic City, along with his son Aaron, the senior vice president of casino operations. 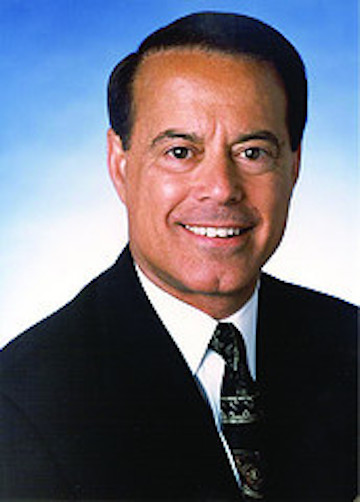 When Dennis Gomes and Morris Bailey bought Resorts Atlantic City last December for around million, many experts thought they got a great deal. After all, the property has a 400-room tower that was one of the newest in town, a huge casino floor and a history that other casinos in Atlantic City envy. But Gomes says that the property was in worse shape than even he imagined. Then when the economy refused to budge and Atlantic City was continually buffeted by regional competition, the strategies he had to turn around the property had to change. A marketing genius, Gomes has appealed to the lesbian, gay, bisexual and transgender market by opening a club specifically for that segment and has also erected circus tents in the casino’s parking lot. Rooms in the older tower have been renovated and there are other plans to add more retail, entertainment and meeting space. He and his son Aaron, the vice president of casino operations, spoke with Global Gaming Business Publisher Roger Gros in the Resorts executive offices in August. To hear a full podcast of this interview, visit www.ggbnews.com/podcasts.

GGB: Six months ago when you came in you had some notions about how it was going to go. How has it fulfilled what you predicted what was going to happen when you got in here?

Dennis Gomes: That’s a great question. That was a question that the Casino Control Commission just asked me a couple weeks ago. And what I told them was that because Resorts was operating in bankruptcy for so long, we’d have a real tough road. We knew that when we took over we’d be in a big hole. Instead, we found ourselves in the bottom of the Grand Canyon. So it was a lot worse then we thought it was, and we really have had to claw our way out, and we’re still climbing. It’s just been really tough.

On top of that, Yonkers just broke ground on another 60,000 square feet, and of course we’re looking at Aqueduct in the fall. So you know the competition is not over yet.

I think Aqueduct is going to be some severe competition for Yonkers. I think it could hurt Atlantic City a little bit, but I don’t see it being a major problem because I think any of the convenience gamblers that don’t want to drive two and a half hours to Atlantic City, they’d be playing over at Yonkers already.

Let’s talk about some of the marketing efforts. As you mentioned, when this property was in bankruptcy they were doing virtually no marketing at all. You moved the needle rather substantially since you’ve been on. Tell us about the strategy to appeal to the LGBT community. Why did you target them and how have you done it?

I don’t like to do anything in a hypocritical way. I think some of the places would go after the LGBT market and try to bring them in on the worst day of the week, for example, midweek on Wednesday. We don’t do that. That’s like a slap in the face.

Aaron Gomes: We want to take a more genuine approach, and give them something they can call their own. Everyone was afraid to do it at first because they didn’t want to chase out the other crowd, the straight crowd, that they were getting. But it’s working for us. The LGBT crowd is smarter, and they know what’s genuine and what isn’t, so I think it’s to our benefit. And they’re very loyal as well.

How about the casino floor? Like a lot of places in town, suddenly you have too much floor space. What have you done to cut that down and to make it look like you didn’t cut it down?

Do you have the flexibility to offer better odds at the gaming tables, or better video poker pay tables, or higher slot payouts?

Aaron Gomes: If you look at our hold percentage in the last month or two in slots, we’re one of the loosest in town. We have some of the loosest slots around. We have the loosest video poker games you can find on the market. We have a wide variety, every slot game.

Are you participating in the table game discounting of losses that they’re doing at some of the other casinos in town with the high rollers?

Tell us about the renovated rooms in the Ocean Tower.

We’re just about finished. It’s as beautiful as the Rendezvous Tower, and we’ve got some of the largest rooms in the city here averaging 550 square feet, with two bathrooms, and they’re absolutely beautiful. And it’s a 1920s theme. The furniture is solid, big, thick wood, and the rooms are absolutely beautiful, and the customers love it.

State gaming regulations have been changed pretty dramatically recently. How is that affecting your operations? Is it easier to operate in this town now?

Yes, it’s easier. But I never felt there was an obstacle before. There was a slower process at that time. Now, it’s faster. There’s less red tape, so I think it’s all an improvement.

How do you think the opening of Revel next spring is going to impact the city?

Most people know that Kevin (DeSanctis) and I are like brothers. We’ve been very close for years and we were in law enforcement together when I was head of the special investigations bureau for the DGE (Division of Gaming Enforcement). He was a state trooper assigned to me. We worked together forever after we left law enforcement in Nevada and then came back here. Kevin is a very bright guy and a great operator and really cares about people, and the vision that he’s creating there is absolutely stupendous.

I do believe eventually it’s going to suck the revenue fairly proportionately from different places. It might hurt the Borgata more than some of the other ones because it’s now the next newest place, an advantage that the Borgata’s always had. But they’re not just going to just sit there and take it. You can see they’re preparing for it. They’ve redone some rooms and things and they’ve got a beautiful property. So I think ultimately, though within a relatively short period of time, it’s just going to bring a lot more people to the city and it’s going to boost everybody up.