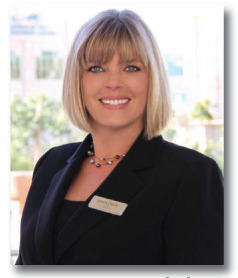 Jessica Cipolla-Tario loves a good challenge. Her latest was completing the Tough Mudder run in October at Lake Las Vegas, a 12-mile obstacle course designed to test physical strength and mental grit. It is no wonder that Cipolla-Tario chose to participate in a race that places camaraderie before course time and obstacles over distance. The greater part of her career has been focused on the development and advancement of her associates to help them in reaching their professional goals.

Cipolla-Tario has spent her entire career in Las Vegas, so it’s only natural that her path eventually led into gaming. After finishing her degree at the University of Nevada, Las Vegas in communications and advertising, she was recruited out of an advertising agency to work at MGM Resorts International’s corporate office. Looking back, Cipolla-Tario thinks this move had the largest impact on her career and set her on an upward path towards becoming an executive.

At MGM, she quickly advanced to executive director of brand management before leaving the corporate office at age 34 to become vice president of marketing at the Monte Carlo Resort. One of the biggest challenges she found during the early part of her career was developing an executive presence and feeling the need to curb the fun, quirky side of her personality.

Though Cipolla-Tario admits that women, herself included, tend to be harder on themselves than their male counterparts, her powerful message to other women executives is to stop pressuring themselves to be overly polished, and just show confidence.

Cipolla-Tario credits part of her early career success to a fruitful mentorship under Anton D. Nikodemus, then president and chief operating officer at Monte Carlo. She believes that a huge part of a leader’s role is to encourage young professionals, in the same way that Nikodemus did for her. Following his example, Cipolla-Tario challenges her mentees to develop creative solutions that enhance their position within the company as well as provide meaningful industry exposure.

Her mantra to “push the envelope, take chances and trust the gut feeling” has undoubtedly paid off for her throughout her career. A few years back while working at Monte Carlo, she took a chance on a social media campaign that she strongly believed in, but initially was not well received by her colleagues.

The strategy was to have all executive members of the property manage their own professional Twitter accounts in order to humanize the brand. The campaign was a huge success that literally changed the industry’s approach to incorporating social media at the corporate level.

As the gaming industry evolves, Cipolla-Tario sees a demand for millennials to engage in new marketing strategies, creating opportunities to become emerging leaders. She looks forward to changes in the industry that will reflect the generational behavior and interaction with gaming operations.

Cipolla-Tario says she is honored to be part of GGB’s 40 Under 40 group of award recipients, and hopes to see the group go beyond recognition and form a networking group that could share and learn from each other’s experiences in the gaming industry.