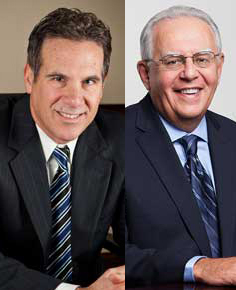 Bally’s Atlantic City was the third casino to open on the Boardwalk in 1980 and quickly became a success. Through a variety of owners down through the years, Bally’s wound up as a Caesars property up until last year when as a condition of licensure for the new owners, Bally’s was sold to the then-Twin Rivers casino company. After the purchase of the property, Twin River followed up with Caesars to buy the Bally’s brand. The company has pledged to invest as much as $100 million in the property, which had suffered from neglect over the past few years, and the differences are immediately recognizable. George Papanier, the president and CEO, and Phil Juliano, executive vice president, casino operations and chief marketing officer, of Bally’s Corporation sat down with GGB Publisher Roger Gros at the Bally’s offices at Atlantic City in July.