GGB is committed to providing updated news and analysis on our weekly news site, GGBNews.com.
GGB Q & A 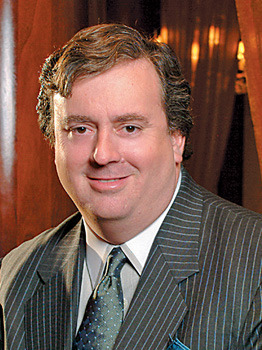 Gary Loveman?s role with the new Caesars Entertainment, formerlyHarrah?s Entertainment, has changed. He still holds the same titles buthis attention is turned toward different things.  Caesars has justrecently been taken private by two private equity companies, ApolloManagement and Texas Pacific Group. Loveman talks about the differencesbetween operating as a public and a private company and explains howthe company?s previously announced expansion plans stand now, given thenew owners and the economic situation. He spoke with Casino ConnectionPublisher Roger Gros at the East Coast Gaming Congress in Atlantic Cityin May. To hear a podcast of the full interview, visit the GlobalGaming Business website, www.ggbmagazine.com, and click on the GGBPodcast button.

Casino Connection: Now that you?re a private company, how does it change the way you approach your job?

Loveman: It?s changed my job a fair bit. I spent a lot of time engagedwith public company constituents of one sort or another whether it?sthe independent directors or equity investors, stock marketanalysts?there?s a whole process to managing communication in a publiccompany environment that is not particularly valuable but is anobligation, and an important one. I no longer have to be attentive tothat, so I have much more time to devote to the other things that Ishould be working on in the company, the folks that I work with,customers and businesses we?re looking after. I have an extremelycapable, very enterprising group of partners in my two private equityfriends that are really quite helpful to us.

Is there a cap on capitalreinvestment in any Harrah?s properties? We understand that you?vescaled back on some of the expansion plans and things of that nature.

We don?t put a cap on it, but we put a higher rate of expected return.When we were a public company and we were borrowing at 6 percent or 7percent, if you were an operator at one of our facilities and you had aproject that had a 9 percent or 10 percent expected return, that was inthe shareholders? interest to pursue, and we would.

Today, in a much tighter market with private owners that are expectingmuch higher rates of return, a 9 percent return on a buffet remodel orsome such thing is just not going to be feasible. So it pushes us to bemore innovative and smarter in how we use it. But any deserving projectcan get funded, it?s just a matter that ?deserving? is a higher barthan it used to be.

Tell us about the big center Strip project with all that Harrah?s owns in Las Vegas. Is that on hold right now?

No, we?re actively proceeding, but people have to recognize that it?s amuch more complicated undertaking. We?re trying to architect a planamidst a bunch of businesses that operate and are very successful.That?s a very different thing than tearing everything down and buildingsomething afresh. We have a $1.2 billion Caesars Palace expansionthat?s well underway, almost halfway along. We have an arena that willbegin construction later this year. We have a variety of other projectsthat we?ve made some noise about publicly here and there that arecentered around building out this plan, and you?ll hear more about thisover time. The last thing we want to do is take seven businesses thatare very successful and turn them into one big construction zone anddiscourage anyone from wanting to be around Flamingo and Las VegasBoulevard. So we?ll do this sequentially, but we?re very much underway.

You?ve talked also about non-gamingamenities and the return on investment in those amenities. Is thissomething that you look at very closely before you commit to anythingother than gaming?

It all has to do with how these economics work. You see the non-gamingamenities arrive in jurisdictions where the gaming tax rates arereasonable. Since you can help monetize the costs of these bigdevelopments in the casino at a reasonable rate of tax. But you couldnever build a beautiful amenity in Illinois, where the gaming tax ratetakes all the benefit. These things are very much coupled. I think thechallenge everybody has to be aware of is that the revenues and themargins associated with the non-gaming amenity itself tend to beanywhere from zero to a very small number and can?t support enormousinvestments unless they?re monetized in the casino or in some otherinnovative way. That?s the challenge.

Gaming has had a difficult run insome of the states where it?s been proposed?Massachusetts, Maryland andKentucky, in particular?in the last year. Do you think this is justthat cycle we always go through?

I think it?s something deeper than that. Since 1992, we?ve had threestates make it into gaming. That?s an extraordinary result when youthink about what we?re talking about here. You need a perfect alignmentof legislative leadership, gubernatorial leadership and probablybusiness leadership, local business leadership, to make this work.Those things are very tough to find. The progress has been very modest,even in a state like mine, Massachusetts, where everybody acknowledges,without debate, that nearly $1 billion of Massachusetts revenue goes toConnecticut Native American facilities. There isn?t any debate aboutwhether the residents ought to gamble, that issue?s long gone, it?sjust a policy-making issue and still in Massachusetts this issue hasbeen active for as long as I can remember. We went down to prettyspectacular defeat this year. I?m not encouraged. I think the industryneeds, and we individually, have to do a much better job ofcommunicating the merits of what it is we?re proposing.

Where do you think Harrah?s is goingto be in five years? Is this going to be a typical public equity buywhere they hold it for five or six years and then spin it back public?

I suspect an exit through a public market offering is the most likelyresult. How many years it?s going to be is hard to tell. It has to dowith that markets and equity markets and how well we perform and so on.I think that either there would have to be some large strategicinvestor?given the size of the company, it would have to be a verylarge investor, a sovereign country?s investment entity or somethinglike that.