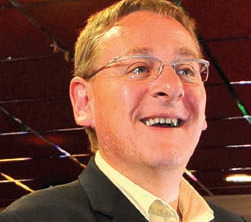 The launch of i-gaming in the 1990s was an opportunity for many small nations and territories to capitalize on a new industry that was shunned by the major countries at the time. Antigua, Malta, Gibraltar, Costa Rica and many other nations built substantial businesses and regulatory schemes tied to the industry. The Isle of Man entered the game in 2001. But as the first jurisdiction to look at seriously regulating the industry, there was a bit of a learning curve. By 2006, the kinks had been ironed out, and Garth Kimber joined the effort as the online consultant to the Department of Trade & Industry in 2007. He spoke with Global Gaming Business European Editor Rich Geller from his office in the Isle of Man in April. For a full version of this interview, visit GGB iGames at www.ggbigames.com.

GGB: Can you give a brief summary of the involvement of the Isle of Man with online gaming?

Kimber: It all started back in 2001 when the Isle of Man was looking to diversify its economy. One of the areas it looked at was e-gaming. We had five major companies looking to base themselves on the island to run their e-gaming from here. That didn’t work so well, because it was obviously extremely new, and we were the first country in the world looking at regulation. So that was a bit of a splatter and a false start.

But we got going again with a vengeance in 2006. I personally arrived in 2007 and we’ve been steadily building up the number of companies that are licensed in the island, as well as businesses that don’t need to be licensed because they’re not looking after players’ money or striking bets. So we’ve moved the whole thing forward now and have become one of the major gaming centers, with 27 license-holders based here.

What is the primary benefit of online gaming to IOM? Jobs? Revenue? Other?

It’s three things, really. Yes, it’s jobs. We’ve just completed a survey of the major gaming companies in the island, and this year there are 645 people working in the sector. That’s not taking peripheral bits of the industry; that’s working for gaming companies specifically. So, jobs are very important to us. Secondly, taxes paid by the gaming companies now equate to £15.2 million a year. That’s an important sum for an island with a population of only 82,000. But there’s also a big third category, and that’s spend in the Isle of Man by gaming companies. In the last year, gaming companies spent £153 million in our local economy.

We’ve generated 20 percent growth over the last year, in terms of jobs and spending by the companies on the Isle of Man. We think it will continue in double digits. At the moment we’ve got 11 more companies approved to take up licenses and four going through the process.

What is the tax rate that gaming companies pay?

What is your opinion of the U.S. situation? If you could advise U.S. legislators, what would you tell them?

It’s not often you see prohibition work. My advice to U.S. legislators is they should be looking for a federal solution to what 99 percent of the time is a pastime or an enjoyment or a sport.

If they are looking for a federal solution, they make it a lot easier for a business to function, easier to collect taxes and easier to regulate and get the good side out of regulation. If it goes state-by-state, it’s going to be a big mess, almost like dealing with 50 separate countries at that point. So I think they should open it up, and I also think they should open it up on a proper, global scale. America can be seen as protectionist sometimes, and I’d like to see the industry literally treated the same way as it is in many other countries. And that’s something where the Isle of Man, with our experience, is more than happy to work with regulators in the States and show them some of the things that we’ve learned along the way, and be as helpful as possible. And a quid-pro-quo obviously is that we’d want to make sure our operators have market access.

Has IOM had any problems with online companies in the area of money laundering? What safeguards are in place?

Not so much money laundering, if you take out what’s going on in the U.S. and the fact that PokerStars is one of the companies licensed here. Obviously there are unproven charges at the moment, and that’s something that I wouldn’t comment on, but we are as a regulatory authority keeping a close eye on.

The areas that are more difficult are things like collusion, and the gambling commission works with our companies to make sure there is fairly sophisticated software in the case of peer-to-peer games. In the case of sports betting, it is a requirement of all our sports betting companies that they will share data that shows unusual betting activity. So we think we’ve got everything about this as well-covered as we possibly can.