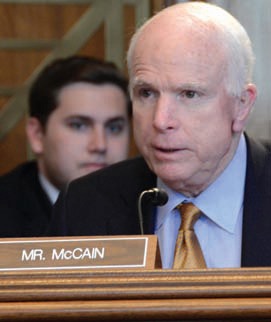 U.S. senators critical of tribal gaming are calling for more federal oversight. Some senators are using the most recent General Accounting Office audit of the National Indian Gaming Commission as ammunition.

The audit of the $28.5 billion Indian gaming industry suggested that the NIGC’s policy of using training to promote voluntary compliance may be too trusting, and lacks a way to determine whether the ACE (assistance, compliance and enforcement) policy is actually effective.

Senator John Barrasso, chairman of the Committee on Indian Affairs, declared at the July hearing, “The commission is not effectively promoting voluntary compliance with federal guidelines related to gaming regulatory standards…

“Without an effective approach to monitoring compliance, how can Congress and tribes be assured tribal gaming facilities are adequately protected from internal control weaknesses and revenue losses due to crime?”

Senator John McCain, who co-authored the Indian Gaming Regulatory Act (IGRA) of 1988, said, “If NIGC continues to rely on Indian casinos to voluntarily comply with federal guidelines, then the commission must at least improve its state and tribal training and consultation initiatives and develop metrics that assess their effectiveness.”

Besides recommending that the NIGC tighten up its procedures for determining the effectiveness of ACE, the GAO said tribes should work more closely with state regulators.

Tribal regulators testifying at the hearing argued that IGRA gives primary responsibility for gaming regulation to the tribes themselves. They note that in 30 years of operating tribal casinos, no connection to organized crime has ever been uncovered.

Chaudhuri told senators that the agency has the ability to enforce the laws if ACE proves wanting. “Nothing about our enforcement responsibilities and oversight responsibilities has in any way diminished by the recognition of the benefits of working with tribal regulators on the front end,” he said.

Senators zeroed in on the comparative lack of oversight for Class II gaming, which does not require a gaming compact.

Although NIGC encouraged voluntary minimum internal controls for Class II casinos, a federal court in 2006 ruled that the agency has no authority to impose them on Class II gaming.