As gaming spreads across the country, so does its positive impact on society and communities 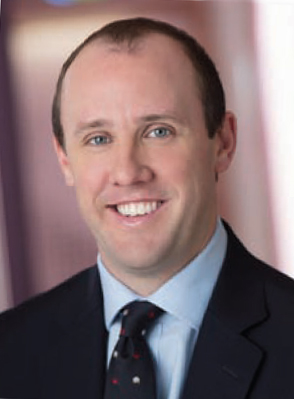 Over the last three decades, casino gaming has expanded from a niche business limited to Nevada and New Jersey to a $261 billion industry that is prospering in 44 states and the District of Columbia. As Americans have become more exposed to gaming, their perceptions of the gaming industry have evolved: far from the antiquated depictions acted out in Hollywood, Americans more than ever appreciate today’s modern, mainstream and responsible industry.

Each year, the American Gaming Association (AGA) conducts a survey of Americans to understand their attitudes toward gaming. In recent years, Americans’ improving view of gaming has been helped by a more widespread understanding of the economic benefits our industry brings to local communities. With the positive economic impact of gaming now increasingly well known, focusing on our commitment to responsibility and innovation will allow us to build on our current success for years to come.

Contrary to what many believe, there is no real anti-gaming constituency in this country: nine in 10 Americans believe that gambling is an acceptable form of entertainment for themselves or others, and the number of Americans with a positive view of the industry has increased by nearly 25 percent in just the last decade.

Our commitment to our customers, employees and communities is paying off. Americans view gaming as an economic engine, with two-thirds of American adults saying the gaming industry has a positive impact on the economy and provides high-quality jobs. On a local level, seven in 10 American adults believe that the industry behaves responsibly in the communities where it operates and nearly 60 percent say that the industry gives back to its communities.

Gaming’s commitment to responsible gaming is also strengthening perceptions of our industry. More than half of Americans believe casino gaming companies are committed to responsible gaming, and that number grows with those who have gotten to know the industry, as about seven in 10 Americans familiar with specific policies like deposit limits, casino employee training and time limits say the measures are effective.

Americans also recognize our industry is reflective of the country overall and offers valuable career opportunities, regardless of your background. Nearly eight in 10 Americans say that the industry employs a diverse workforce and three-quarters agree that gaming provides equal opportunities for all of its employees regardless of demographics.

These attitudes are translating into continued growth for gaming. Although the pandemic has led to a decrease in past-year casino visitation—28 percent of Americans in 2021 vs. 44 percent in 2019—we expect Americans will return sooner rather than later. Indeed, many already have, and with commercial gaming revenue on pace to hit an all-time high in 2021, these numbers only add to the optimism around gaming’s recovery.

Furthermore, huge majorities of Americans are in favor of expanded access to legal gaming. Seventy-three percent support legalized sports betting, and both sports betting and iGaming have played a critical role in gaming’s recovery from Covid-19, making up nearly 13 percent of total commercial gaming revenue since the pandemic hit the U.S. Their continued success will be key to our full recovery.

While this year’s survey on American attitudes toward gaming gives us plenty of numbers, it also gives us one clear lesson: if we remain committed to supporting our communities, prioritizing responsible gaming and providing innovative entertainment options, Americans’ support for gaming will only continue to grow, as will the industry’s success.