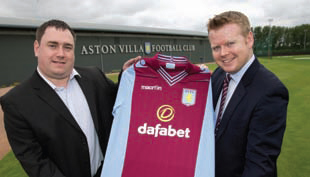 Saying that the U.K.’s football teams must join in an effort to fight problem gambling, officials for the country’s Labour Party are calling for a ban on “shirt” sponsorships of English Premier League football clubs by bookmaking firms.

The proposal comes from Labour Deputy Leader Tom Watson, who said he wants U.K. football to “play its part in tackling the country’s hidden epidemic of gambling addiction.”

Watson told the Guardian newspaper that the party will seek to cut “the power of gambling firms” and limit exposure to gambling ads to minors. He pointed to current sponsorships on jerseys of nine English Premiere football clubs out of 20 in the league.

“Shirt sponsorship sends out a message that football clubs don’t take problem gambling among their own fans seriously enough,” Watson told the paper. “It puts gambling brands in front of fans of all ages, not just at matches but on broadcasts, and highlights packages on both commercial television and the BBC.”

The U.K.’s Football Association does ban gambling ads among youth teams, but Watson said the policy does not go far enough. He said the party will propose advertising restrictions similar to those in place for tobacco products.

“Just as tobacco companies were banned from sponsoring sporting events and putting their logos on branded goods because of the harm smoking can cause,” he said, “it’s right that we recognize the harm problem gambling does and take gambling logos off football shirts.”

Watson’s comments come as the government is to release a review of fixed odds betting terminals and advertising standards and practices in the country next month. Previous findings by the U.K. Gambling Commission have also noted a rise in problem gambling in the country.