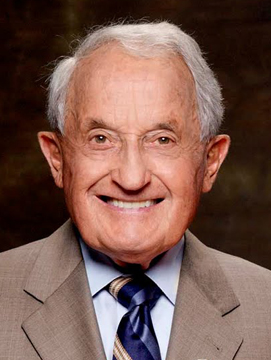 Almost at once, tributes began to pour in for the entrepreneur who created the concept of Reno-Sparks as a single entertainment destination.

It was 1960 when Ascuaga, then general manager of the Nugget Casino Resort in Sparks, decided to buy the property from Dick Graves. Over the next few decades, he turned it into a leading resort.

“To me, he was larger than life,” said former Sparks Mayor Geno Martini. “He was well-respected and knew how to grow and grow.”

Nevada Resort Association President Virginia Valentine said his name “is synonymous with Sparks and Northern Nevada, as he was a driving force in the gaming resort-hotel industry’s evolution and expansion. Mr. Ascuaga will always be remembered as one of Nevada’s visionary industry leaders and will be greatly missed.”

And Gary Carano, executive chairman of the board of directors for Caesars Entertainment, called Ascuaga an “unwavering friend.”

“Nevada has lost a true pioneer, and the entire Carano family is deeply saddened by the loss of John Ascuaga,” Carano said. “And while the community has lost one of its pillars and the gaming industry has lost a trailblazer, those of us whose paths crossed John’s have lost a mentor, a leader, and a great friend.”

In a statement, Nevada Governor Steve Sisolak said Ascuaga turned the Nugget into “a family-run gaming juggernaut for more than 50 years.

“John walked the casino floor daily and popped into the restaurants to visit with tourists and employees alike,” Sisolak said. “From scholarships to countless fundraisers to special events, they made sure John Ascuaga’s Nugget was there to help.”