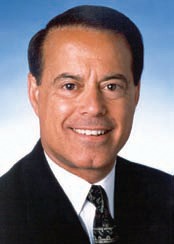 A gaming legend, a giant of Nevada politics, the creative force behind shows up and down the Strip and one of Las Vegas’ first celebrity chefs make up the 2012 class for the American Gaming Association’s Gaming Hall of Fame.

Guy Laliberté, founder of the legendary and innovative Cirque du Soleil, and Julian Serrano, executive chef at multiple Las Vegas Strip restaurants, will be honored for their unique contributions to gaming entertainment and cuisine.

Dennis Gomes, a former gaming regulator and co-owner of Resorts Atlantic City, and Senator William Raggio, former gaming attorney and the longest-serving state senator in Nevada history, will be inducted posthumously for their roles in the growth of the gaming industry.

The 24th annual Gaming Hall of Fame Charity Gala and Induction Ceremony will be held on Tuesday, October 23 in Las Vegas, and all proceeds from the event will benefit the National Center for Responsible Gaming.

“Without its visionaries, innovators and ardent supporters, the gaming industry as we know it today would not exist, and we are proud to honor Dennis, Bill, Guy and Julian as men who have helped shape our business,” said Frank J. Fahrenkopf, Jr., president and CEO of the AGA.

For information about sponsorship opportunities for the Gaming Hall of Fame Charity Gala and Induction Ceremony, contact Brian Lehman at 202-552-2680.