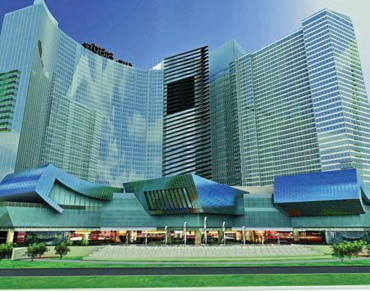 Melco Crown’s Studio City mega-resort will be able to apply for a casino, Macau’s Secretary for Economy and Finance Francis Tam Pak Yuen has said.

The statement lays to rest concerns that the mammoth project, under construction in the city’s Cotai resort district, would not be permitted the gaming component essential to its ability to compete, which is what previous official statements had indicated. Earlier this year, when the government revised the land concession contract for the project, it didn’t include any casino facilities.

Tam, however, said the government had already agreed that Studio City could apply for a casino in 2006, when the original investors in the project requested it. He also said the development will get some of the 2,000 new table games available to the market over the next 10 years under a government-imposed cap on expansion of 3 percent per year.

Melco Crown, which operates two resorts in the territory, City of Dreams on Cotai and Altira Macau, and a string of slot halls, owns 60 percent of Studio City, whose development stalled in 2010 amid a falling out among its previous ownership group.

More recently, Melco Crown has moved to snap up a larger share of the project, reaching an agreement with its partners to invest an additional US$350 million in equity capital.