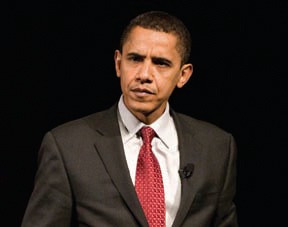 It was a relatively good night for gaming in October when Americans went to the polls to choose the president for the next four years. With Barack Obama’s successful re-election, some gaming observers breathed easier. Although challenger Mitt Romney had never said he was going to come after the gaming industry, his remarks left little doubt that the first Mormon candidate for president didn’t fully appreciate the industry.

Obama’s return leaves in place several initiatives that were favorable to gaming during his first term. From the Department of Justice memo last December that claimed only sports betting was illegal under the federal Wire Act of 1962, to the department’s seeming disinterest in going after New Jersey to halt the introduction of sports betting there (the sports leagues were forced to file suit to attempt to stop it), the Obama administration has been somewhat friendly to gaming. A Romney win would have brought uncertainty to the gaming industry at the very least.

Obama has also been attentive to Native Americans, establishing extensive contacts with the tribes in a government-to-government setting. The Indian Affairs section in the Department of the Interior has been helpful in assisting landless tribes in taking land into trust, a few for gaming opportunities, despite the restrictions of the Supreme Court Carcieri v Salazar decision that insisted only tribes recognized before 1934 are eligible.

In Maryland, the fireworks over the National Harbor development on the banks of the Potomac River went off on November 6 before the final vote was even in—heralding a narrow victory in a hugely expensive referendum battle that will give table games to all casinos, slash revenue taxes, establish 24/7 operations and, most importantly, add a sixth state-licensed casino in Prince George’s County.

The fact that county executives were at National Harbor to celebrate the victory would seem to lend some credence to the claims of Penn National Gaming executives that the planned MGM Resorts mega-casino there has already been decided as the Prince George’s location, over Penn’s Rosecroft Raceway.

The ballot victory—the vote was 51.6 percent to 48.4 percent—will amend Maryland’s constitution to add a sixth gaming zone in Prince George’s County to the five approved in 2008. Under the measure, the exact location is open to bid. National Harbor is only one of three locations that have been proposed—the other two are a little-publicized proposal for a casino at a shopping center in Largo, Maryland, and Penn National’s Rosecroft Raceway just off the Capital Beltway in Fort Washington.

One requirement of the ballot question was that Prince George’s residents approve of the new casino—they did, by a comfortable margin.

The debate in Rhode Island resulted in the state hedging its bet by going half in.

Voters in the state approved the addition of table games to Twin River, the state’s largest slot parlor. However, a similar measure for Newport Grand was defeated on the local level.

Twin River and Newport Grand spent more than $4.3 million on their campaigns for the ballot questions, which asked Rhode Island residents to approve blackjack, craps, roulette and other table games at the two facilities. Proponents touted job creation and additional tax revenue as benefits from table games, along with combating the threat of casinos coming to Massachusetts. The referendums had to be approved statewide, as well as in each of the host communities. The result will make it only more difficult for the two Connecticut tribal casinos—Foxwoods and Mohegan Sun—which have already been reeling from new casinos in New York.

Voters in the American territory of Guam overwhelmingly rejected Proposal A, which would have legalized commercial bingo at the Guam Greyhound Park.

The measure was turned down by a 2-to-1 margin, and had been a subject of intense discussion for weeks as citizens and public officials debated the possible impacts on the island’s existing nonprofit bingo sector.

In addition to the referendums on gaming, there were races involving other candidates—both state and federal—that will determine the future of gaming in some states.

In New Hampshire, the election of Democrat Maggie Hassan seems likely to finally open the door to gaming in the state that first legalized a lottery. Current Governor John Lynch has frustrated gaming proponents by barring any bill from reaching his desk. While both Hassan and her opponent, Republican Ovide Lamontagne, supported casinos in the state, Hassan has been a proponent in her post as president of the state Senate.

In Kentucky, the excitement gaming proponents felt before the election when Governor Steve Beshear appointed state Senate President David Williams to a judgeship, thereby removing Williams as an impediment to gaming legislation, was short-lived. Results showed several legislators who had supported gaming fall to challengers who have vowed to oppose gaming in the state. Beshear still plans to introduce a bill legalizing Kentucky casinos, but he may face even steeper odds this time.

Illinois gaming expansion hopes were buoyed last month when all legislators supporting the massive expansion that was vetoed by Governor Pat Quinn this fall were returned to their seats. And their numbers grew as additional legislators who favor the plan were elected. The results give pro-gaming legislators a veto-proof majority, so legislators will go back to work in a lame-duck session, in which Quinn would likely take part.

“If I was the governor, I’d want to take a look at getting something done now because I don’t know what the next General Assembly would bring,” said Rep. Lou Lang, the main proponent of the expanded gaming bill.