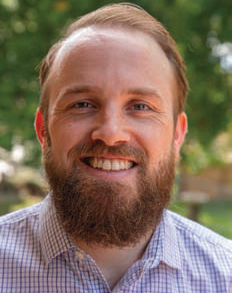 In his final year at South Dakota State University, Steve Iverson was unsure of what his future held. Unlike some others, he had not quite nailed down what he wanted to do when he graduated; however, that all changed when he took one class—Federal Indian Law. A native of South Dakota, Iverson was very familiar with Indian Country, given the large Native American population and volume of reservations in the state. That one class shifted his focus; he now wanted to go to law school and work primarily on Indian policy, which in a backwards way ultimately led him to the gaming industry.

After several years in private practice following law school, Iverson decided to go back to school and get his LLM, or masters of law, and eventually joined the National Indian Gaming Commission (NIGC). By default, Iverson became entrenched in the gaming industry even if that was not what he set out to do. During his time with the NIGC, he was able to establish himself as a staple within the organization and work prominently on several of the hot topic issues that are always present for the NIGC.

When looking back at his tenure as a lawyer, Iverson believes taking that leap to get his LLM in Indian law had the largest impact on his career. This leap opened a lot of professional doors and has since allowed him to pursue his passions.

One of those passions is the environment, as well as Indian law, which eventually led to his jump from the NIGC to the U.S. Department of the Interior, where he is able to practice in both fields. Though today he no longer works in the gaming industry, Iverson fully credits his team and the great work they did as to why he was able to win this 40 under 40 award during his time there.

“It is always important to surround yourself with the right people, and having the right mentors is particularly important,” he states. “Having supervisors who have a good balance of structure and creativity can be vital to growth in not only one’s career but also in personal life.”

Though Iverson fully admits that he has much to learn, he is able to offer great advice to those up-and-coming professionals in the industry. Simply stated, “put in the time, work hard, stay inquisitive, and don’t be afraid to say that you don’t know the answer.”

This tried-and-true method has worked well for Iverson over the years, and is something to which he credits his level of success.

He also says, “To those attorneys out there, it is inevitable that you will develop an area of expertise, but it’s important to do it in an area you are passionate about.” Becoming an expert has opened the doors for him, which has led him to where he is today.

(Steve Iverson participated in this interview in his personal capacity. The views expressed by Iverson in this interview belong to him and do not represent the views of the U.S. Department of the Interior, the National Indian Gaming Commission, or the Office of the Solicitor of the United States.)