Revel in Atlantic City and Valley Forge in Pennsylvania open 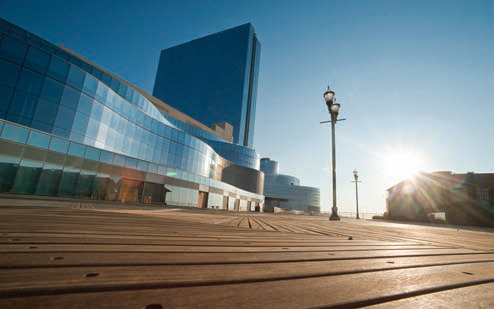 Although it was an ironic coincidence, two casino resorts opened to the public in late March, each representing a different facet of gambling on the East Coast. Atlantic City welcomed what many believe will be its salvation, the .4 billion Revel. And in suburban Philadelphia, Pennsylvania’s first resort license made its debut when the casino at the Valley Forge Convention Center opened for business.

Atlantic City’s largest and most expensive casino, Revel, opened for an eight-week preview leading up to a grand opening over the Memorial Day weekend. The massive mega-resort, which debuted April 2, is expected to have a significant effect on the country’s second-largest gaming market, as Atlantic City struggles to transform itself into a regional destination resort.

The 20-acre beachfront property received its gaming license from the New Jersey Casino Control Commission. Revel Entertainment Group President Kevin DeSanctis testified before the three-member panel on the company’s character, honesty, integrity, business ability, casino experience and financial stability. Commission Chair Linda M. Kassekert said, “With the attention to detail and understated elegance, it is easy to see why many believe Revel is setting a new standard against which future properties will be measured.”

New Jersey Governor Chris Christie, whose casino reform legislation and $261 million in state tax credits gave the property the leverage it needed for completion, is impressed.

Christie toured the 6.3 million-square-foot property prior to the opening and praised its lavish design, remarking that it was a “catalyst for revitalization.”

“The only way you can grow and attract new people here is to offer them spectacular new alternatives for them spending their leisure dollars,” he said. “I think when folks see this place, they’ll say, ‘I’ll spend a couple of days there.’ I don’t think that prevents people from utilizing the other casinos.”

Atlantic City’s 12th casino, and the first to open in nine years, Revel’s business model differs from other properties in town. Revel is a smoke-free resort that is not interested in the day-tripper convenience market. Like the Vegas-style Borgata, DeSanctis and company are looking to attract high-end players, as well as those looking for a relaxing “lifestyle experience.”

Revel will also concentrate on attracting the convention and meeting market to create mid-week business, which DeSanctis feels has been neglected.

“We’ve convinced people for 30 years that if you’re not a gambler, you can’t come here,” said DeSanctis. “We want to convince them you can. We’d love to have you.”

With this in mind, the 130,000-square-foot gaming floor represents just 5 percent of the complex—smaller than some other Atlantic City properties. Also missing from the typical casino is a buffet. Instead, Revel will offer 14 diverse restaurants, with several celebrity chefs—Jose Garces, Mark Forgione, Michel Richard—represented.

The stakes are high. With competition from neighboring states—including Pennsylvania’s casinos—and a sluggish economy, Atlantic City has seen its revenue decline 6.9 percent to $3.32 billion in 2011, and is down 6.6 percent through February of this year. Revel could turn that downward trend around.

Category 3 casinos are designated to be attached to a hotel with year-round resort amenities. Under Category 3 rules, the casino is open to conventioneers and paid members, or to any visitor who spends at least $10 in the adjacent hotel. In this case, it is a 486-room facility consisting of a tower attached to the casino and an adjacent Radisson Hotel. The facility is next to the Valley Forge Convention Center, and sits between Valley Forge National Park and the King of Prussia Mall, one of the largest retail malls in the U.S.

The casino also has several food and beverage outlets and a nightclub featuring prominent local DJs and signature bottle service. There is live entertainment at bars and lounges around the casino floor. Seven upscale restaurants feature Italian, Asian and American cuisine, a steakhouse and a seafood restaurant. Three micro-restaurants are located on the casino floor adjacent to a large central bar.