Nepal orders all casinos out of capital 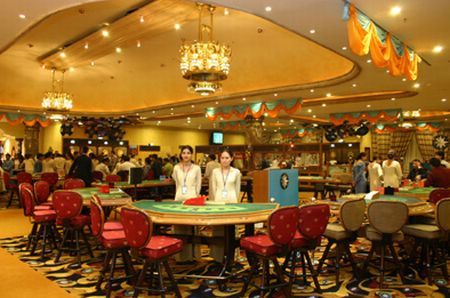 Already reeling under a threat of license forfeiture if they don’t pay all their gaming taxes, the casinos of Nepal last month took another hit. The Nepal Parliament ordered the eight casinos operating in the city’s five-star hotels to close and evacuate the capital city of Kathmandu for locations outside the city. In addition, four mini-casinos that had opened recently were ordered closed.

One of Asia’s oldest casino industries, the gaming halls have been under attack by an increasingly rigid government. The Public Accounts Committee of Parliament drew up the order last month, concerned that casinos were fueling crime in Kathmandu.

Although Nepalese citizens are prohibited from gambling by law, it has become apparent that they make up the bulk of the gamblers in the city. With increasing political violence in the nation, Indian customers who once made up the bulk of the market have dwindled.

“It is illegal to allow Nepalese to gamble in the casinos,” Kathmandu police chief Pushkar Karki told AFP following the Saturday night raids on casinos. “One crime leads to another, and of late casinos have become a hub for criminal activities.”

Police allege that the nation’s casinos, all of which are in hotels, have been attracting figures from organized crime of late.

The casinos themselves were the target of government efforts to collect unpaid taxes late in 2010.

The casino industry is also caught between the government, which is controlled by communists, and Maoist opponents. Each side has tried to exert influence over the casinos, leaving operators with no place to go.

The forced move will effectively end gaming in Nepal, as the territories outside Kathmandu are remote and transportation unreliable.