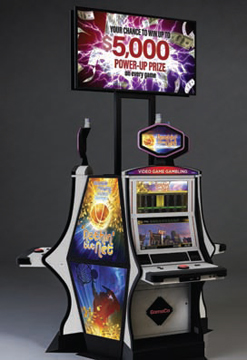 GameCo LLC, which developed the first video game gambling machines (VGMs) for the gaming industry, last month announced the successful completion of the field trial for its platform in Nevada.

The Nevada field trial began in October 2019 and was conducted at four casino properties: the Linq, MGM Grand and Park MGM in Las Vegas and Atlantis Casino Resort & Spa in Reno. It included two of GameCo’s VGM titles, Nothin’ but Net 2 and All-Star Hoops.

GameCo’s goal is to reach and monetize younger millennial customers with games tailored expressly for them. According to a statement from the company, more than 80 percent of GameCo’s “coin-in” spending came from millennial and Gen X players, as compared to about 20 percent for traditional slot machines. Additionally, GameCo realized 12 percent more uncarded play than other skill games or slot machines.

“We are thrilled to complete our field trial, and this a major milestone for a startup in such a highly regulated industry,” said Blaine Graboyes, co-founder and CEO of GameCo. “We appreciate the support of our trial partners and the Nevada Gaming Control Board.”

GameCo currently has a presence in California, Oklahoma, Connecticut and Mississippi.