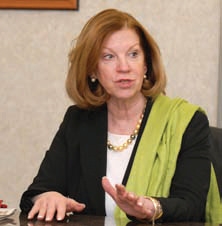 After many months behind closed doors, Massachusetts’ lawmakers revealed a gaming expansion bill that includes three smoke-free regional casino resorts and one slot parlor. All would be subject to competitive bidding.

The slots facility could be open as soon as next year. The regional casinos could open by 2014, according to some estimates.

The Joint Committee on Economic Development and Emerging Technologies will consider the 133-page bill.

Bids for casino licenses would start at $85 million. Developers would have to commit to invest at least $500 million for a resort that would include a hotel. Bidding for the slots facility, which would be limited to 1,250 machines, would start at $25 million. The minimum investment would be $125 million.

The bill would create three gaming zones: Central Massachusetts and Boston (Zone 1), Southeastern (Zone 2) and Western Massachusetts (Zone 3). Zone 2 would be reserved for the Mashpee Wampanoag tribe, although the tribe would have less than a year to negotiate a compact with the state.

House Speaker Robert DeLeo praised the bill. “We produced a real job-creation piece of legislation,” he said in an interview. He predicted that the bill would create 16,000 full-time jobs and 6,000 building jobs, plus 3,000 spin-off jobs in other trades.

“I think the biggest tradeoff was to get this bill done,” he added. “I felt this had to be the year that we spent some time to make sure that we don’t throw 16,000 jobs out the window, quite frankly.” Since neither Governor Deval Patrick nor Senate President Therese Murray wanted a slot parlor, DeLeo said he felt he was fortunate to get one.

DeLeo joined Murray in a statement that said, “We support this bill and believe that it provides a strongly regulated and commercially desirable framework for establishing a gaming industry in Massachusetts. Expanded gaming will create thousands of construction and service jobs and support our ongoing efforts to create and retain jobs in the commonwealth. Further, it will serve as a source of new revenue for Massachusetts and help our economy grow.”

Patrick, who killed last year’s bill, appears to like many parts of this one, such as open bidding and limits on gaming expansion. “If done right, expanded gaming in Massachusetts can create jobs, generate new revenue, and spur other economic growth in the state,” he said in a statement.

The casinos would pay 25 percent tax to the state and the slot parlor would pay 40 percent. A quarter of this would be distributed to municipalities, 15 percent to transportation and 14 percent to education. The remainder would be divided among an emergency reserve fund, problem gambling programs, economic development and debt reduction. Nine percent of the revenues from the slot parlor would go to increase purses for the Suffolk Downs and Plainville racetracks.

The bill would also create a five-member Massachusetts Gaming Commission appointed by the governor, attorney general and treasurer. It would be responsible for interviewing prospective casino operators and keeping unsavory characters from being granted licenses. The bill would also create a separate gaming liquor enforcement unit to enforce alcohol laws inside casinos.

The bill is similar to one passed by both houses last year, except that, instead of two racinos, there is now one slot parlor. A racetrack would still be able to bid on the slot parlor license. DeLeo, who passionately pushed for two racinos, since he has two racetracks in his district, said the compromise was a good one. “One facility is a good compromise for all of us and something we all can use… This bill was about putting 16,000 people to work,” he said.

The bill also sets aside one of the three licenses for a recognized Indian tribe, which currently would be the Mashpee Wampanoag Tribe. It would be given until 2012 to negotiate a compact with the state. If no deal were forthcoming, the license would be available for bidding by private developers.

Patrick had insisted that the Mashpees be guaranteed one of the three regional casinos, something he originally said when he proposed three casinos in 2007, during his first term. The governor previously said he wants to limit the number of casinos, which is why he wants to give a preference to the tribe.

He was replying to five representatives from the southeastern part of the state who sent a letter to him and the House speaker and Senate president opposing a special role for the tribe because it would be unfair to that section of the state.

The tribe’s application is by no means assured, since it seems to violate a 2009 U.S. Supreme Court ruling (the Carcieri decision) that said that tribes recognized by the federal government after 1934 cannot put land into trust. The tribe achieved recognition four years ago.

Meanwhile, a group of business people in Palmer, where Mohegan Sun wants to build a casino, has begun a petition drive to put an initiative on the ballot so residents can register their support for the project 90 days after the legislature legalizes the gaming expansion.

The group, Palmer Businesses for a Palmer Casino, is also pressing for a “comprehensive agreement” between the town and the Mohegan Tribal Gaming Authority, the development arm of the Mohegan tribe.

Recently Mitchell Etess, CEO for the authority, commented on the proposed casino with 3,000 slots, a 600-room hotel and retail, “We are going to create a great destination resort, and we know we have the best site in western Massachusetts. We know we are proven operators and among the best brands in gaming in the Northeast.’’