The love of games shines through in the cinema 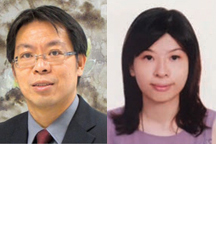 He listens carefully as his Japanese opponent skillfully shakes her dice cup. When she finally slams down her dice shaker and lifts it up gracefully, she unveils six flawlessly stacked dice—one over the other. Each die has a red dot faced up—it is a perfect six points!
—Scene from the popular Chinese gambling-themed movie The God of Gamblers.

These individuals are often portrayed as professional players with exaggerated gambling abilities. In some cases, the skill levels are inflated to the extent that it seems almost magical and downright impossible in real life. At times, feng shui is involved in the gaming process.

In some movie scenes, players are able to form a winning hand even with their mahjong tiles covered up, pick any cards with the values they wanted, or know the values of their cards just by listening to the card/tile shuffling process.

In general, there are a number of very interesting features and themes in these Chinese gambling-themed movies. They are:

Professional Players: Chinese movies often make heroes out of their professional gamblers and depict their skills as though they can be trained and/or as a form of innate talent acquired since birth. For example, in The God of Gamblers 3: The Early Stage, professional skill is a skill acquired through many years of hard work (i.e., the God of Gamblers possesses these “supernatural skills” through years of training under his master).

Supernatural Skills: In some Chinese movies, the players possess supernatural gambling skills. For example, they are able to:

Sometimes, the movie characters who have such supernatural skills are just novice players. Equipped with these supernatural abilities, they would venture out to help others with their gaming.

Cheats: Some Chinese movies focus on the players’ cheating abilities. Unlike Western movies in which cheaters are portrayed to be dishonest people, Chinese players use cheating (professionally) to beat the bad guys. In Conman (1998) and the Tricky Master (1999), there are scenes in which gamblers beg their masters to teach them professional cheating skills to beat their evil opponents. These cheaters are able to change their cards or mahjong tiles easily without getting noticed. At the same time, they can spot other cheaters and prevent them from doing so.

Feng Shui: Chinese movies also have portrayed feng shui as a deliberate method to influence gaming outcomes. Individuals can use feng shui to turn luck in their favor (i.e., by following certain rituals). Other feng shui tactics featured in Chinese movies include bringing a lucky object, finding an auspicious time to gamble, and wearing certain colored clothing when playing.

Tournaments: One popular theme in Chinese gambling-themed movies is tournaments. Players will come from different countries to gather to compete in either a public or private (invitation-only) tournament. The winning motivation in these tournaments is for the honor or status of winning rather than for monetary benefits. In these tournaments, professional players demonstrate their gaming skills and compete for the title of a “God” or “King” of the games they played.

Monetary Gain: Chinese movies that highlight this theme mainly depict gambling as an essential way to achieve monetary gains in order to better one’s life. Financial benefits of gambling can bring great material comfort and make one’s dreams come true. In some of these Chinese movies, the lead actors, who know little about gambling but possess some supernatural skills, are encouraged by others to train to use their skills to gamble and make a living.