The signs are everywhere: Casinos are a part of American life. 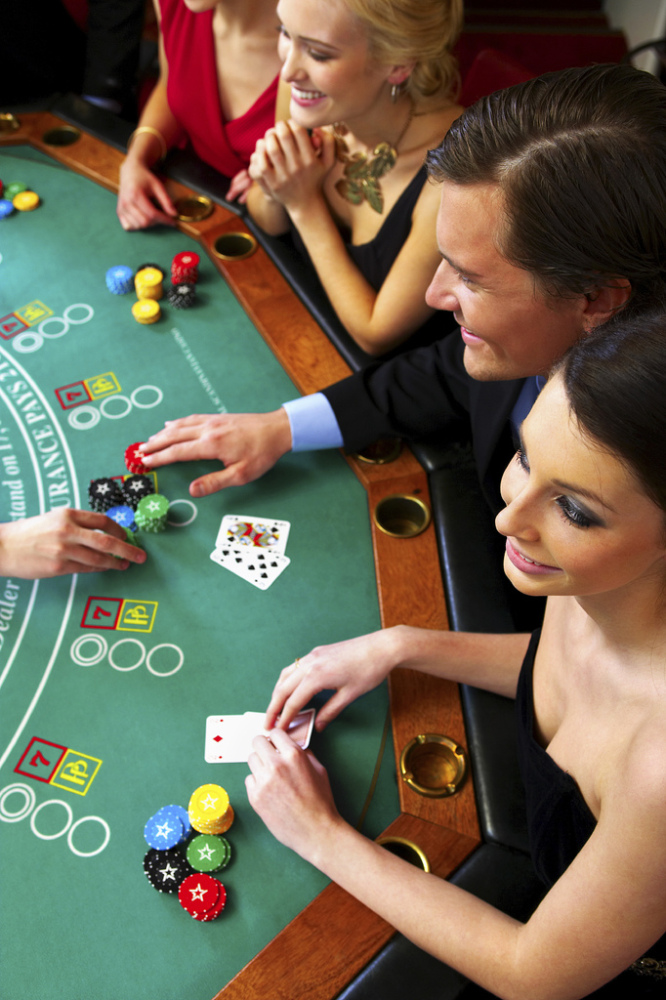 If you’re reading Global Gaming Business, odds are you’re pretty comfortable with the idea of gambling as an acceptable leisure pastime for adults. You’re not alone, and you haven’t been for a long time: Since the past decade, about one in five Americans has visited a casino at least once a year. With legal casinos breaking out of Nevada in 1978 and spreading steadily across the nation, there has clearly been a tolerance-at first often grudging-for casinos.

Yet the past few months have given the impression that gambling has now reached unprecedented levels of public sanction that goes beyond toleration and reaches toward outright approval, a historic change in attitudes.

Inside the Lines
There are few quarters in which gambling has been as roundly marginalized as professional sports. The antipathy league executives hold for gambling has some historical precedents. Betting on sports has, at times, threatened the integrity of the game, from the 1919 “Black Sox” throwing the World Series to the point-shaving scandals that have dotted college basketball since the 1950s. As a result, the major sports leagues have consistently opposed gambling in most of its guises.

In February 1975, when testifying before the Commission to Review the National Policy on Gambling, both National Football League Commissioner Pete Rozzelle and Major League Baseball Commissioner Bowie Kuhn insisted that legal betting on games would be disastrous. Kuhn was particularly adamant, maintaining that baseball had worked for decades to bring “scrupulously honest and wholesome entertainment for American families,” and that even the whiff of a connection with gambling would sully the sport. He declared that the league would fight any attempt to expand legal sports betting “with all of the forces at our disposal.”

More widespread gambling on games, he feared, would ruin the integrity of the sport by making fans believe that crucial errors were not accidental mishaps, but deliberate attempts by athletes to throw games. “Where there is heavy gambling, the suspicion of dishonesty will inevitably follow.”

But it went beyond protecting the game itself. Kuhn elaborated that gambling itself, in any form, was an unnecessary evil. “We feel it is not in the public interest,” he expounded, “to exploit the weaknesses and encourage the vices of our citizens to finance our government.”

At that same session, National Basketball Association Commissioner Walter Kennedy submitted for the record a written statement that denounced legal gambling in similar terms. A young attorney on his staff was saddled with the task of actually crafting the brief position paper. His name was David Stern, and in 1984 he became NBA commissioner.

In December 2009, Stern spoke with Sports Illustrated’s Ian Thomsen about the state of the league. Two years after the Tim Donaghy scandal-in which one of the league’s referees admitted to betting heavily on games and on tipping illegal bookies to inside information that might give them an edge in their own betting-Stern was ready to talk about legal sports betting. Under his watch, his league had held the 2007 All-Star Game in Las Vegas, and he was not opposed to relocating a franchise to the city, should one become available. And his views on gambling had changed considerably.

“Considering the fact that so many state governments-probably between 40 and 50-don’t consider it immoral,” he said, “I don’t think that anyone should. It may be a little immoral, because it really is a tax on the poor, the lotteries. But having said that, it’s now a matter of national policy: Gambling is good.”

Thirty-five years apparently made quite a difference. Stern allowed that the league had “morphed considerably” in its views, and could now say, “Las Vegas is not evil. Las Vegas is a vacation and destination resort, and they have sports gambling.” He was also not opposed to involving the league in legal sports betting, though it was still filled with potential menace.

“Although we understand fully why,” he said, “buried within that threat there may be a huge opportunity as well.”

Stern’s leaving the door open for the possibility of league cooperation with legal sports betting reflects a major shift in policy. Even if it doesn’t lead to an expansion of legal betting within the next few years, it bodes well for the continued public support of gambling that the representative of one of the bastions of anti-gambling sentiment is now willing to talk about gambling as just another potential business opportunity.

Even the National Football League appears to be reaching a rapprochement with legal gambling. For years, the NFL was resolutely opposed to legal betting on games. In the February 1975 commission hearings, then-commissioner Rozelle outdid baseball’s Kuhn in his anti-gambling zeal, casting doubt on the premise that large numbers of Americans wanted to bet legally. That a small minority wanted to bet didn’t make it right.

With that attitude, it’s no surprise that the league has remained opposed to expanding gambling in any form. Over the past decade, there has been considerable friction between the NFL and Las Vegas casinos, with the league refusing to accept advertising from Las Vegas during the Super Bowl and going so far as to send cease-and-desist letters to casinos that held official Super Bowl viewing parties.

The weakening economy, however, has dulled the NFL’s animosity toward gambling, and less than a week after David Stern’s frank admission that his league was willing to consider the possibility of embracing legal betting, an NFL spokesman announced a slight, but significant, change in policy: the league would now allow advertisement for tourist destinations that allow gambling for the 2009-10 postseason, after which it would re-evaluate the situation and determine if the liberalized advertising rules will continue.

On the surface, this doesn’t look like much. It’s only cities that will be allowed to advertise, not individual hotels and resorts. Viewers won’t see shots of blackjack tables or slot machines, or even wide shots of the iconic Las Vegas Strip. They won’t hear the city’s infamous slogan, “What happens here, stays here.” But, for the first time, they will see Las Vegas promoted as a destination during the biggest televised sporting event of the year.

This incremental change is, most likely, the result of advertising budgets battered by the recession. It doesn’t make good business sense to turn away potential sponsors with willing money in this economic climate. But it also signals the growing acceptance of gambling: while the ads won’t mention casinos by name or even implication, it’s a safe bet that most of those who come to Las Vegas because of the ads will be staying and playing at the casinos that made the city famous.

Green Casinos
Those casinos are themselves becoming far more significant, both architecturally and in other ways, to the rest of the world.

The opening of the Mirage on November 23, 1989 is widely regarded as a watershed moment in the history of the Las Vegas Strip. Indeed, the casino provided the model for the next 20 years of casino development. But it wasn’t viewed as a bellwether for the rest of the country. In fact, new reports of the Mirage’s opening pointed out that while Las Vegas was poised for expansion, the rest of the nation was on the brink of a possible recession. Developments in Las Vegas seemed to run counter to those of the rest of nation; the city’s casino economy was an aberration.

The opening of CityCenter in December 2009, however, was greeted-for better and worse-as an inextricable part of a larger whole.

When the Mirage opened, the national press treated Las Vegas like a city in a socio-economic bubble, but reporters covering the opening of CityCenter considered the event a reflection of the national economic situation. According to Los Angeles Times blogger Christopher Hawthorne, the new project represented the “final bender for Wall Street’s decade of unreason,” a monument to “the age of towering debt and easy credit.”

The preoccupation with the economy may have overshadowed the project’s role in the national “green building” movement. Rick Fedrizzi, president and CEO of the U.S. Green Building Council, was one of the guests of honor at Aria’s opening press conference. As a whole, CityCenter received six Leadership in Energy and Environmental Design (LEED) Gold Certifications from the Council, making it one of world’s largest sustainable developments.

Fedrizzi hailed the project as a “transforming development” that would become a blueprint for earth-friendly design, urging parents to bring their children inside Aria to see what a building of the future should be. It was a design to inspire not just gamblers, but future architects and civic leaders.

“Aria and CityCenter have made a profound leadership statement about what can happen when we think about the impact of projects of this scale and then act accordingly,” Fedrizzi said.

“When we think not just about a building, but about a community, we make decisions that lead to economies of scale that increase efficiency and reduce impacts.”

A Las Vegas casino in the vanguard of “the new green economy?” Once, casinos were known for their innovations in neon and, perhaps, shrimp cocktails. There’s little doubt that this is a new day.

Politics and Popularity
Politically, there are several signs that casino gambling is now making inroads into areas that were once off-limits. In Ohio, voters in 2009 approved the legalization of casino gambling. In and of itself, this isn’t ground-shaking news: there is already legal gaming in most of the states that surround Ohio (Indiana, West Virginia and Pennsylvania), and the industry promises to be relatively small, with only four casinos located throughout the state.

From the financial side, it’s a major win for Penn National, which looks to develop two of the casinos, and equipment manufacturers, who will sell several thousand more slot machines when the casinos start to open in 2012. But it’s a highly significant bellwether for the national mood on gambling as well. Before voting yes, Ohio rejected casino gambling four times, starting in 1980 and most recently in 2008.

If this electorate, after repeatedly refusing to allow legal casinos, has made its peace with gambling, it’s hard to argue that gambling hasn’t moved into the mainstream.

This is nowhere clearer than in Ohio’s neighbor, Pennsylvania. Having legalized slot machines in 2004, in part to fund property tax relief, in early January the state added table games. Lawmakers considered this a sound business decision that would create jobs, generate revenue for important programs and improve the public confidence in gambling. “Allowing table games is the right thing to do,” claimed state Rep. Dante Santoni, “not just for today, but for the future.”

That’s a far cry from the apologetic tone that earlier legalization proponents took. Usually, they justified legalizing casinos because an area was so far gone they couldn’t possibly do more harm than good (Atlantic City, parts of Mississippi) or because legalization could stop other jurisdictions from siphoning money away (Detroit, Illinois and many others).

Since Pennsylvania’s legalization of slot machines, there’s been a perceptible shift in how Americans view casino gambling. What was once viewed as tolerable is now seen, increasingly, as desirable. This will no doubt create both opportunities and challenges for the gaming industry.