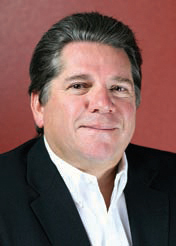 Galaxy Gaming, Inc., the world’s second-largest distributor of proprietary casino table games and side-bet products, announced that the Arizona Department of Gaming has concluded its background investigation of the company and its officers, and has found them suitable to conduct business in Arizona.

The suitability finding resulted in Galaxy Gaming receiving a state certification license, which authorizes it to conduct business with any gaming operation in the state. The approval follows a rejection last year by California regulators. Company officials pointed out that the Arizona regulators viewed the same information as those in California.

Robert B. Saucier, Galaxy’s CEO, said, “I concur with our counsel and acknowledge the professionalism and courtesy afforded by the Arizona Department of Gaming staff. I know they had a number of complex issues to examine and they approached each one methodically and completely. I want to thank them for the fair and thorough approach they took throughout this process. They did an outstanding job, and we look forward to a long relationship in the Grand Canyon state.”