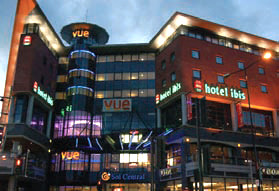 One of two Gala casinos in the town of Northampton, U.K., is reported to be ready to shut its doors.

A spokeswoman for Gala told the Northampton Chronicle & Echo, “It is basically trading conditions and competition. Also, the location has been a factor. The casino’s position on the first floor does not help.”

The “first floor” in U.K. structures is the same as the second floor in the U.S.

The building in which the casino is located, Sol Central, has had its own problems filling space. Built in 2001, Sol Central has never had all of its smaller units occupied simultaneously. Some have remained vacant the entire time.

The complex still has three anchor units of a hotel, a gym and a cinema, which like the Gala Casino have been open from the beginning. A fitness center and laser tag arena are scheduled to open this year.

A second Gala Casino in Northampton, on Regent Street, is expected to remain open. There is also an Aspers Casino in town.

Gala is looking into transferring some of the 64 staff at the Sol Central property to other of its businesses.