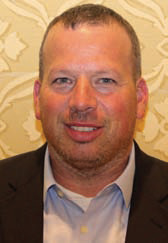 When Britain’s Sunday Times disclosed early in the summer that that 888 Holdings Plc. and Rank Group Plc. were preparing a merger bid for U.K. bookmaker William Hill, it held the companies to a timetable that ultimately hurt the failed acquisition offer, 888 Chief Executive Officer Itai Frieberger says.

888 and Rank announced their interest in acquiring William Hill on July 24 after the potential bid was reported by the Times. That announcement set off a time limit of about a month for making a formal bid under U.K. regulations.

William Hill’s board eventually rejected two offers for the company.

“The leak didn’t allow us to have a conversation behind closed doors,” Frieberger told Bloomberg News. “That’s one of the root causes of why we couldn’t progress it. Before we could make a call to William Hill, it was all over the press. That is very unfortunate.”

Despite the failed merger attempt, Frieberger said 888 still has room to grow.

“We don’t see M&A as a critical path in the way 888 moves forward,” he said. “The only reason we will do a deal is to create additional shareholder value.”

According to Bloomberg, 888 shares rose as much as 6.9 percent in London after the company said a strong first-half performance continued into the third quarter. Average daily revenue per customer rose 22 percent on a like-for-like basis from the start of the third quarter to August 27.