Reports from two firms are to be combined and presented to the government. 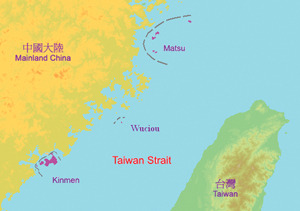 A new report is suggesting that Taiwan could benefit from the creation of four integrated resorts on its offshore islands.

A report from Ocean Tech Group recommends as many as four IRs be developed on Taiwan’s remote islands. The Macau-based firm was hired by the Taiwan government to create draft regulations and guiding property concepts for an IR industry.

Basic investment for each property was put at TWD120 billion—over $3.9 billion.

Apart from the basic economic model, the report put minimum numbers for IR floor space and hotel capacity at 37.13 hectares and 1,500 rooms.

The report used the existing Singapore IRs as examples of two different developments, describing Marina Bay Sands as focused on conferences and exhibitions and Resorts World Sentosa on the theme park experience.

Ocean Tech Group Chairman Jacky Lei explained that there was no compulsory rule for inclusion of a theme park, saying, “It’s not that we are forcing them to have a theme park; rather, we are asking them to focus on a recreational approach.”

The draft legislation will be reworked to address the different approaches taken by the two appointed firms. The two reports will then be given to the Ministry of Transportation and Communications, which will coordinate them and submit the result to the cabinet. The bill is not expected to make it to the legislature until after elections scheduled for January 2012.

Of the three island groups qualified to host IR development, Matsu may be first to hold its mandatory referendum on casino gaming. Kinmen is already moving more cautiously, while Penghu must wait until 2012 due to the defeat of a referendum there in September 2009.