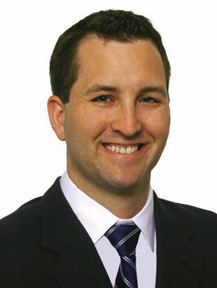 Justin Findlay grew up in mid-Michigan, where he graduated from Saginaw Valley State University with a degree in accounting. After graduation, he worked in public accounting, where he earned his CPA license. Findlay focused primarily on auditing small businesses and not-for-profits.

To Findlay, accounting is the backbone of every business, and provided him the opportunity to really understand the details of a company, specifically his current company TCSJohnHuxley (TCS).

After joining TCS in the fall of 2009 as an assistant controller working under the CFO, Findlay encountered some challenges early on in his career. Respect and confidence were most notable due to the age discrepancy between him and many others in the industry. The only way to overcome this, he says, “was to set yourself apart from the pack, to put in the effort and truly commit to your organization—leaving after you’ve worked eight hours isn’t enough.”

This paid off as he was promoted to CFO after approximately a year and a half. Of the two accomplishments Findlay noted, being hired as the CFO at TCS at the age of 26 was one of them. The other was graduating from law school in the spring of 2014 after four years of night school.

Findlay’s decision to go to law school rather than study for an MBA or other business-related degree allows him to broaden his options as his career progresses. The degree enables Findlay to bring much more to the table and potentially move into other C-level positions where he can utilize his finance background and apply additional skills on the operations or executive side of a business in the future.

When asked about the gaming industry, Findlay references the popular book (and film) Moneyball. He noted that saber-metrics changed the way baseball is analyzed; 10 years ago it was all about the experience of a scout, where now they need data to back it up. To him, certain areas of the gaming industry are still stuck in that “10 years ago period,” but with an eye toward more reliance on data. Overall, he notes that a shift from experience-based decisions to data-driven operations has led to better business decisions and overall business operations.

For now, Findlay is more than happy in his CFO role at TCS. “The company has been undergoing major changes in the senior management team, as well as our product offering,” he says. “These are exciting times for our business, and the industry in general.”