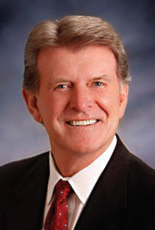 Idaho Attorney General Lawrence Wasden and Governor C.L. “Butch” Otter have sued in federal court to prevent the Coeur d’Alene Tribe from offering poker at its casino in the northern part of the state.

The tribe went ahead and opened six tables of poker on May 2. It claims it is losing customers to tribal casinos in Washington that offer poker.

Idaho is one of the states that bans poker, and claims offering the games would violate the state constitution. The tribe claims that its state tribal gaming compact allows it to offer the game as a “skill” game. Some courts have held that poker is not a gambling game at all, but a game of skill.

The tribe would like to offer Omaha and the highly popular Texas hold ‘em at its casino resort, which has operated for about 20 years. However, the lawsuit points out that the Indian Gaming Regulatory Act says tribes may only offer games that are legal within that state.