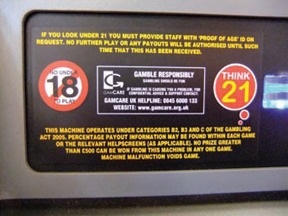 A report published by the U.K.’s Responsible Gambling Trust on betting shop e-tables has raised the ire of critics of the games, who blame them for a proliferation of betting shops in cities and towns nationwide.

The industry-funded trust says the research was undertaken to build a knowledge base to help mitigate problem gambling behavior, but opponents are alleging a whitewash, saying the report defends the bookmaking industry and ignores complex issues related to the controversial machines, which mostly offer roulette and have grown into a sort of mini-casino industry that now generates the majority of British bookmakers’ revenues.

Conducted independently by experts in gambling behavior and social research, the report will be passed on to the Department for Culture, Media and Sport and the U.K. Gambling Commission to inform policy decisions regarding the fixed-odds betting terminals, as the machines are known.

“This program represents the first collaborative endeavor between multiple-industry operators and independent researchers. It is of outstanding significance,” said Professor Alex Blaszczynski, who chaired an independent panel that evaluated the research.

Critics, however, have taken aim at a key finding of the report that reducing bet sizes has no impact on the risks associated with problem gambling.

“It is clear that this report only has the interests of the industry at its heart,” said Robin Wales, mayor of Newham Council in London.

Newham is leading a group of 93 local councils in England that have petitioned the government to cut the maximum stakes on the FOBTs from £100 to £2.

Wales said his council’s previous battles with the betting shops had been “thwarted by the lack of tough regulations and the toothless court system,” so the councils have turned to presenting their demands under the Sustainable Communities Act, which allows them to put forward solutions to perceived local problems. The councils include 31 from the London area and others from as far as Swansea, Birmingham and Manchester.

In April, the government announced it didn’t intend to force bookies to reduce the maximum FOBT wager, opting instead for a “sensible and balanced approach” in which gamblers wishing to wager more than £50 per spin would be required to either use a pre-funded account or physically place bets directly with a shop staffer. The proposals will be formally presented to Parliament this month.