Project planning to getting the license 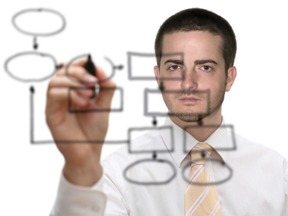 Competition for gaming licenses is fierce. The gaming industry has witnessed licensing battles in Pennsylvania, and those gearing up in Massachusetts and Florida. With licenses in limited supply, applicants must show why their project is the best. They have to engage the public and turn public officials into vocal advocates. Government officials increasingly focus not just on the potential gaming revenues of a project, but on the total impacts of a development on surrounding communities and the state as a whole.

Urban planners and local planning departments exist to review and mitigate these impacts. Paying early attention to the local planning process can help to head off potential opposition, prevent costly mistakes, and give license applicants a leg up on the competition. One significant aspect of effective front-end planning is thoughtful and complete review of the zoning and land use issues involved in the project.

Zoning codes across the United States were by and large drafted without casinos in mind. Either casinos are not mentioned by local codes, or they are permitted only if special concessions are made. These special concessions, often in the form of conditional use permits or special permits, can be arduous if one is not careful and does not actively participate in the process. The typical development review process can include rezoning, special/conditional uses, design and site plan review, historic preservation review, subdividing and variances.

Successful developers learn local regulations and processes, they follow them, and they do not push for too many or unreasonable exceptions or variances. A casino developer in Montana pushed too far by disregarding the county’s Smart Growth Plan. The Supreme Court of Montana concluded that the county did not abuse its discretion by denying a portion of a conditional use permit to a casino to erect 50 artificial neon-lighted palm trees, despite the developer’s argument that it was unreasonable to deprive the facility from effectively advertising its business.

While zoning and planning issues are often considered the purview of architects, they are ultimately the developer’s responsibility. A recent non-gaming project that our firm was brought into had become a mess when the lead architect mistakenly determined that a particular zoning issue was irrelevant. The architect was wrong, and the entire $300 million project came to a halt while local procedures had to be followed. What ensued was great public outcry and a public relations nightmare resulting from the perception that the developer was trying to circumvent the law.

Other elements involved in effective front-end planning can have equally important benefits.

So, what do casino developers need to do? What steps should one follow?

First, decide on a location. The gaming revenue potential of a project is partly determined by its location—proximity to population centers and relative advantages over the locations of competitors. Location also plays a role in the impacts of a project. Developers must evaluate both the revenues and the potential impacts to determine whether the selected location is still the right one. Next, after deciding on a particular site, plan for the impacts of the casino project not only in terms of revenue generation, but also its broader impacts on local and regional communities. This process should involve the local community, addressing concerns early on and gaining local support.

A project’s impacts can differ greatly based on location, as can costs. Large developments such as casinos can be wonderful creators of jobs and stimulators of the local economy, but they can also drain existing municipal systems and resources. Traditionally, economists and planners have primarily addressed the increased needs for services such as fire, police and schools that result from large-scale developments like casinos and casino resorts. However, increased emphasis is now being placed on broader community impacts. Community impacts can range from housing to transportation and public infrastructure investments, to environmental considerations, secondary economic impacts and social welfare. For project success, casino developers need to analyze, assess and understand the potential community impacts before they are hit with something unexpected. It is essential to understand what could be demanded in terms of investment and what is or is not reasonable.

The issue of workforce housing—and housing to serve a range of income levels—has gained prominence in many cities across the United States. Is there sufficient housing stock to accommodate casino workers and those from ancillary businesses? Adding multi-family and affordable housing to a community’s housing stock can be controversial. And although some studies have shown that a casino may have a positive impact on home values, the increased value may result in exiling casino workers to remote areas and contributing to traffic congestion/commuting impacts.

Traffic is often one of the major sticking points for local officials, planning departments and citizens. To head this off, commission a traffic study or transit study. The questions asked and answered here are: Can the existing infrastructure handle your traffic? If not, what improvements will be necessary? Sometimes overlooked in this equation is the use of public transportation. The use of public transportation, rather than personal vehicles, will become more of an issue as casinos are considered for urban and densely populated locations.

Large gaming developments are often seen as driving an increased need for public services such as police, fire and ambulances in a community new to gaming ventures. With the increase in visitors and activity in the area, there is an increase in the virtual population, resulting in the increased need for services. These are costs for local governments that a casino developer may be asked to subsidize. Research indicates that casinos are comparable to other commercial ventures that increase overall transient population: as more people are involved, the need for service increases, but only proportionally.

Environmental experts say that an average casino has about the same environmental impact as a small town. Developers will likely need to address storm water run-off and changes in drainage patterns.

Additionally, the National Environmental Protection Act (NEPA) applies to federal actions significantly affecting the environment. A casino development might trigger NEPA requirements when seeking federal permits to fill wetlands or dredge navigable waters. If negative impacts cannot be significantly mitigated (i.e., building wetlands in another location), the permit may necessitate the very costly and time-consuming environmental impact statement that has been the kiss of death to many federal projects.

Social impacts are often decried by casino gaming opponents trying to kill a project, but responsible leaders and local officials will listen. While the gaming industry and states have done a good job of implementing programs to help problem gamblers, more can always be done. Acknowledge this concern early, and have a plan to address it.

After establishing that the numbers will work for a project, and after discovering that the community impacts won’t be so cumbersome as to stand in the way, developers need to work with local leaders and citizens.

Damage control on mishandled impact assessments has to swim upstream against mobilized and agitated local interests. Outreach should begin after the preliminary financial analyses are complete, but can certainly start before other reviews are finished. The community outreach process should be a fluid one in which all sides are learning, and plans can be refined.

Working with the local community shows good faith, and that good faith can be returned to the developer. Of course, engaging the public is more important in some markets than others. Successful developers know the market. Public involvement is less important in markets such as the Mississippi Gulf Coast, where casino gaming is widely accepted and local regulations have been in place for some time.

New markets and densely populated areas, such as the East Coast, pose more difficulties. In new markets, there is often the need to overcome negative stereotypes of gaming in addition to addressing the impacts of a development. Community benefit agreements can be an effective outreach tool. A CBA is a private contract between the developers and a neighborhood coalition in which the developer confers benefits on the impacted community in exchange for support for the project. Examples of benefits include jobs and job training, affordable housing and funding for identified community needs.

SugarHouse in Philadelphia impressively pushed through a number of initial obstacles and aggressively campaigned for public support. To mitigate its impact on the neighborhood, SugarHouse entered into a CBA with a nonprofit special services district comprising the surrounding community residents and stakeholders. Under the agreement, SugarHouse agreed to pay the district $1 million annually for 15 years and agreed to a multitude of provisions including using union labor for construction, setting up a complaint hotline, job counseling services for neighborhood residents, and $5,000 for use of car washes during construction. SugarHouse was ultimately successful and opened in September 2010.

The CBA’s transparent process can be a win-win for the developer and the affected residents. For the residents, the CBA can facilitate direct access and direct dialogue with the developer.

The CBA also responds to the “graft problem” where a community group threatens to oppose a project unless demands are quietly met by developers. There is no favorable publicity for payments arising out of private communications. When developers negotiate a community benefit with the coalition, they get to announce a win pubicly.

Even with the perfect site, a gaming license is not guaranteed. Even with a gaming license, rounds of regulatory approvals may be necessary before obtaining the building permit. The time necessary for planning processes and approvals can vary greatly by community—from just a few months to many years. Successful developers factor this into their project schedules and budgets. While sometimes arduous, adherence to planning regulations is a necessary cost of doing business and of being a good corporate citizen—and a successful developer.