Presentations to the gaming board focus on revenue 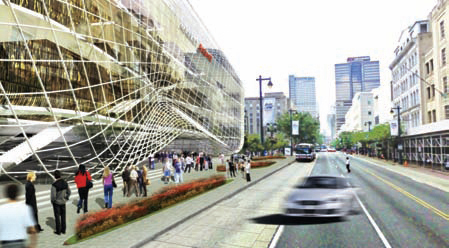 The Pennsylvania Gaming Control Board, in its final suitability hearings last month on the five applicants for the second casino license in Philadelphia, heard executives of the various projects explain how they would bring new revenue to the city, while representatives of the current casino in the city, SugarHouse, testified that a second Philadelphia casino would only siphon revenues from the several casinos now in the Philadelphia region.

Each applicant was given a chance to present a final pitch to convince board members that its project would be best for the city and the state. Revenue estimates varied widely—the largest was from Market8, which predicts $363 million in annual revenues from slots in its first year; the lowest was 79 percent less than that, with Philadelphia Live! in South Philadelphia projecting $203 million in the first year. (Both projects projected 2016 as the first year.)

There are four current casinos in the immediate Philadelphia area: SugarHouse, on the Delaware River waterfront in Fishtown; Harrah’s Philadelphia, just south of the city in Chester; Valley Forge Casino Resort, at the convention center in King of Prussia; and Parx at Philadelphia Park, in Bensalem. Mohegan Sun at Pocono Downs, Sands Bethlehem and Mount

Airy Resort are all within a two-hour drive of the city.

SugarHouse was granted the opportunity to testify at the hearings after a request to intervene in the process, on the basis that any new casino in the city will cannibalize the existing properties.

Neil Bluhm, the principal owner of SugarHouse, flew to Philadelphia from his Chicago headquarters for the hearing and was critical of the hearing for a second license.

“I felt I had to come down and tell them that if these numbers are right, they’re going to have a mess on their hands,” he said.

“Anything near the numbers that the proponents have used—and we’re using their numbers—would result in our property not being worth its debt, and that would result in severe financial problems when we have to refinance the debt,” Bluhm said.