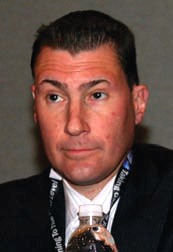 Connecticut’s Foxwoods Resort Casino is doing its best to stay ahead of the competition.

The casino, owned by the Mashantucket Pequot Indian tribe, is located 100 miles from Boston, and gets about 36 percent of its patrons from Massachusetts, according to a survey from the University of Massachusetts Dartmouth. That player base could take a hit, however, as the Bay State begins to consider licenses for three new casinos expected to break ground in the next few years. Scott Butera, Foxwoods president and chief executive officer, said in a recent interview that his casino has until late 2016 to ready itself for a new wave of competition.

To that end, Foxwoods plans to break ground this spring on a “premium outlet retail mall” which will add about 75 stores to the $3 billion complex. The casino will also upgrade its existing retail concourse with “very modern, hip new stores,” according to Butera. In addition, Foxwoods is marketing heavily to its existing player base, counting on brand loyalty to turn its numbers around.

“It is difficult to compete with assets that are more convenient,” said Butera. “You’ve got to accept the fact you will lose some part of your business.”

But Butera remains optimistic that the new amenities will retain some of the existing clientele while introducing new players to the mix. Convenience, he said, was just one box to check.

Massachusetts is not the only competition for Foxwoods and its nearby tribal casino competitor Mohegan Sun. Twin River in Rhode Island has received approval to add table games to its slot offering, and will add 65 table games by July. Casino prospects are also looking up in New Hampshire, as Governor Maggie Hassan, who supports one high-end casino, takes over for John Lynch.