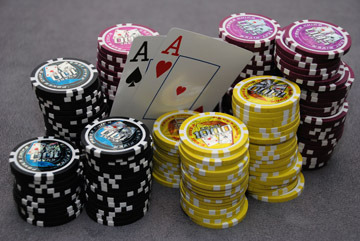 U.S. authorities froze more than million in the accounts of payment processors who handle the winnings of online poker players.

The Justice Department has long held that online gambling is illegal, and as such, the U.S. attorney for the Southern District of New York instructed three banks—CitiBank, Goldwater Bank and Alliance Bank of Arizona—to lock down the accounts.

Devlin-Brown also asked that the bank treat the funds “as legally seized” by the FBI, saying that the government has probable cause that the gambling payments of U.S. residents had been directed to offshore illegal internet gambling businesses.

“The FBI has authority to seize proceeds of specified unlawful activity without a warrant under exigent circumstances,” wrote Devlin-Brown.

A grand jury subpoena was also issued the first week of June seeking all communications, financial transactions and processing services between Allied and online casinos.

John Pappas, executive director of the Poker Players Alliance, called the government’s move an “unprecedented action” against online poker players. He said it constitutes a violation of the Fifth Amendment by depriving poker players of their property without prior notice and a hearing.

“The PPA will pursue every legal course available to ensure that poker players’ funds are not seized and their right to play poker online is protected,” Pappas wrote.

The Poker Players Alliance chairman, former New York Senator Alfonse D’Amato, said the frozen funds belong to individual poker players, not poker websites.
“This money should be immediately released by the Southern District to ensure that player payouts are not further disrupted,” he said.