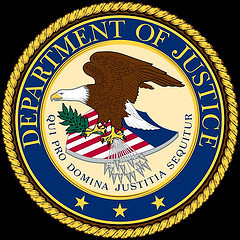 The legal “grey” area that was online poker became a little darker last month when the federal government unsealed an indictment in a Manhattan courtroom charging three of the most popular online poker sites with bank fraud, money laundering and illegal gambling offenses. In addition to asking the court to shut down the sites, the government is seeking to recover billion from the sites.

PokerStars, Full Tilt Poker and Absolute Poker continued to accept bets from U.S. players after the passage of the Unlawful Internet Gambling Enforcement Act (UIGEA) in 2006. The charges included indictments against 11 executives with the companies. Two were arrested in Utah and Nevada.

“These defendants concocted an elaborate criminal fraud scheme, alternately tricking some U.S. banks and effectively bribing others to assure the continued flow of billions in illegal gambling profits,” Preet Bharara, the U.S. attorney in Manhattan, said in a statement.

The government also issued restraining orders against more than 75 bank accounts used by the poker companies and their payment processors.

In the U.S., all three websites displayed a message that their domain names had been seized by the federal government. It’s unclear whether players with funds on deposit at the sites would be able to recover that money, although PokerStars issued the following statement:

“Please be assured player balances are safe. There is no cause for concern,” the statement said. “For all customers outside the U.S. it is business as usual.”

PokerStars and Full Tilt had recently entered into agreements with major Las Vegas casino operators to develop online poker rooms once the activity becomes legal in the U.S. Full Tilt had inked a deal with Station Casinos owners the Fertitta brothers along with former Golden Nugget casino owners Tom Poster and Tim Breitling. The deal did not involve Station Casinos, however. And PokerStars hit the jackpot, signing a deal with Wynn Resorts for a “PokerStarsWynn.com” online poker site upon the legalization of U.S. online poker. Now that won’t happen. Wynn Resorts announced the termination of the agreement the day the indictments came down.

Indictments were handed down against the founders of the three companies: Isai Scheinberg and Paul Tate of PokerStars, Raymond Bitar and Nelson Burtnick of Full Tilt Poker and Scott Tom and Brent Beckley of Absolute Poker.

“These defendants, knowing full well that their business with U.S. customers and U.S. banks was illegal, tried to stack the deck,” said Janice Fedarcyk, assistant director-in-charge at the FBI. “The defendants bet the house that they could continue their scheme, and they lost.”

“I am surprised and disappointed by the government’s decision to bring these charges,” Bitar said in a statement. “I look forward to Mr. Burtnick’s and my exoneration.”

The sites have long argued that their activities were not illegal, and cited the lack of action by U.S. officials as proof. Arrested last month were John Campos, vice chairman of the board and part owner of SunFirst Bank of Saint George, Utah, which allegedly processed gambling transactions for the companies, and Chad Elie, who worked as a “highly compensated payment processor,” according to the indictment.

The founders of the sites have avoided the U.S. for years, which could set up an extradition battle.

Former Senator Alphonse D’Amato, the chairman of Poker Players Alliance, was critical of the actions.

“On behalf of the millions of poker players across the country, we are shocked at the action taken by the U.S. Department of Justice today against online poker companies and will continue to fight for Americans’ right to participate in the game they enjoy,” said D’Amato. “Online poker is not a crime and should not be treated as such. We are currently gathering all of the information around today’s announcement and will offer detailed analysis when the full facts become available.”

The recent moves to legalize online gaming—or at least online poker—in the U.S. could be hurt by the indictments. But at the same time, it could provide ammunition for those who couch legalized online gaming as a law enforcement issue.

Frank Fahrenkopf, the president and CEO of the American Gaming Association, says it demonstrates the need to strengthen laws prohibiting illegal gambling.

“Tough law enforcement is the key to making such a system work, and the AGA supports strong enforcement against illegal online gambling activity in this country,” he said. “But illegal activity—and the risk of consumer fraud, money laundering and underage gambling—will continue until the U.S. passes laws ensuring that only licensed, taxed and highly regulated companies can operate in the U.S. market.”

Some reports pointed fingers at Australian Daniel Tzvetkoff, a former payment processor, for helping the Department of Justice in building the case against the companies. Tzvetkoff reportedly helped the sites set up the payment processing schemes that made them millions of dollars per month. But when Tzvetkoff began skimming off the top, the sites sued him. He was arrested in Las Vegas last April and charged with the same offenses as outlined in last week’s indictment. Bail was refused because as a foreign national with access to lots of money, he was a flight risk. But suddenly he was released in August. Observers speculate that he cut a deal with the government to avoid a lengthy prison term.