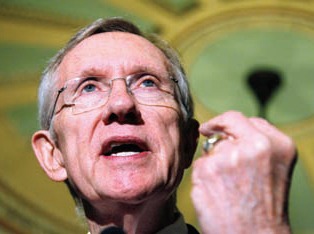 Now that internet poker has been launched in Nevada, and New Jersey and Delaware are finalizing their plans to offer online wagering this year, the prospect of passing internet poker legislation on the federal level is all but dead.

“I think we missed a golden opportunity,” Harry Reid, the Senate majority leader, told the Las Vegas Review-Journal. “I will continue to work on it, but it would be stretching things to think we could get something done.”

Last year, the Nevada Democrat, along with Republican Senators Jon Kyl of Arizona and Dean Heller of Nevada, worked together on a bill to legalize internet poker. The measure would have created a federal standard for online poker while barring other forms of casino games. Those efforts died in the Senate, however, as opposition to the bill could not move it in front of Congress.

“It’s opposed by governors, lotteries and Indian tribes,” Reid said. “I felt online poker would be good for the state of Nevada.”