Are fantasy sports a real option for casinos? 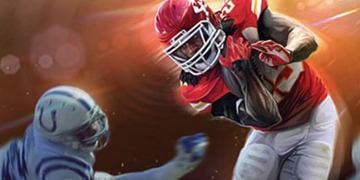 A casino licensee may offer fantasy sports tournaments to its patrons, subject to requirements of this chapter.”

So begins the one-page amendment, approved by the Division of Gaming Enforcement in March 2013, that permits New Jersey casinos to offer fantasy sports contests to their customers.

More than one year later, not a single New Jersey casino has taken up the DGE on this opportunity.

Surprised? That is probably because you have witnessed the way the U.S. gambling industry (casinos, racetracks, etc.) and the fantasy sports world have danced with each other for the last year and a half. The agendas and speaker lists of the top gaming conferences bear this out. So do the numerous law firms and consultancies in the gaming space that have begun doing almost as much work in the fantasy sports world.

Then there are the “crossover opportunities,” which have been thrown fairly liberally in everyone’s faces. The poker world knows this well. Numerous individuals who have thrived in the fantasy sports industry come from a poker background, and fantasy sports advertising is visible across a multitude of poker channels.

And yet, despite this mirage of synergy, U.S. casinos have been seemingly inert on fantasy sports—even in New Jersey, where casino-run contests have been explicitly permitted, if not outright encouraged.

The Fantasy Sports Trade Association (FSTA, often pronounced “festa”) makes this readily clear on its website, inviting readers to a page titled “Why Fantasy Sports Is Not Gambling.” Among the distinctions that separate the two activities, FSTA highlights that fantasy sports is a game of skill, that it’s openly embraced and catered to by the same sports leagues that publicly detest sports betting, and that the average fantasy sports player is a different creature from the average sports gambler.

Aside from the fact that some of those reasons also apply to many recreational gamblers, FSTA’s vigilant avoidance of any association to gambling is entirely understandable. The fantasy sports industry would be masochistic to want to be considered gambling—and take on all the limitations, regulations and liabilities that such a tag brings with it.

In spite of all the caution, the fantasy sports industry has still had to suffer its fair share of unwanted legal attention. Fortunately for them, they’ve come out of it mostly in the clear. In October 2013, an Illinois district court threw out a case against fantasy sports operator FanDuel in which the prosecution tried to argue that “daily” fantasy sports (a variation of traditional season-long contests) is akin to gambling. The ruling in FanDuel’s favor does not automatically shield all fantasy sports business from legal challenges in the future, but it was hailed as a landmark victory for the longevity of daily fantasy sports—the type that, thanks to its immediacy, most often raises questions about alleged similarities to impulsive, short-term sports gambling.

But that turns the spotlight back onto the casinos. How could they still be passing on such a sweet, tax-free proposition?

They are not passing, suggests Griffin Finan, an associate at Ifrah Law in Washington, D.C. They are taking their time.

“I think casinos had their plates full when the New Jersey fantasy sports regulations were released,” Finan says. “At the time, the state had just legalized iGaming, and the casinos were in the process of finding partners and planning for the implementation of online gaming.

“Also, the state had passed a bill legalizing single-game sports betting, which was being challenged in federal court at the time the regulations were released. Casinos may have been waiting to see how that litigation played out before determining what they wanted to do about fantasy sports.”

This makes sense. Nevada, after all, played it much the same way with intrastate online poker. By 2012, Nevada’s would-be operators were legally in the clear to launch their real-money platforms, but they all held off until the fate of the Reid/Kyl federal online poker bill could be determined.

That bill failed, and now the sports betting litigation Finan brings up can also be chalked up as a no-go. In June, the U.S. Supreme Court refused to hear out New Jersey’s appeal in the lawsuit brought by sports leagues, meaning the federal ban on sports betting stays. Does this finally clear the way for fantasy-curious casinos, in New Jersey and elsewhere?

It depends on who you ask.

“We aren’t aware of any casinos that have taken advantage of those regulations,” he says. “We do think it is very helpful that the Division of Gaming Enforcement made it clear that fantasy sports are not to be considered gambling. However, we don’t really believe there is much upside for casinos to offer fantasy sports.”

He explains why: “Fantasy sports is generally an online and mobile activity, not something that is done offline. Additionally, all the successful fantasy platforms have invested tens of millions of dollars to get to the position they are in. I just don’t think that would be a good investment for a casino operator.”

We are not completely in the dark about casino attitudes toward fantasy sports. Just after the amendment to the New Jersey regulations last year, Tom Pohlman of the Golden Nugget told the Atlantic City Press that his company was “currently in the process of getting our fantasy sports plan together.” As for Caesars, company spokesman Seth Palansky told the same paper that “we are still learning about this opportunity and have yet to make any definitive decisions.” Eventually, the decision was to allow DraftKings, another market leader, to become the exclusive fantasy sports sponsor of the Caesars-run World Series of Poker.

But partnering with an existing fantasy sports provider is different from running the contests yourself. What would it take for a casino to be confident that it can compete in a space presently controlled not just by the likes of FanDuel and DraftKings, but by media powerhouses like Yahoo! and CBS Sports? What could casinos offer to fantasy sports players that other providers can’t?

The answer—the edge—may be found in the regulations:

The same use of the cage is allowed for online poker cashouts and deposits in Nevada and in New Jersey, and so far it has proved popular with players, because most people prefer to deal in cash. The casinos also like the feature because it encourages the online player to leave the house and come to the casino.

That’s one idea, and even if a casino-run fantasy sports contest doesn’t attract many new players to its property, it may still do well enough by offering a convenient fantasy sports “fix” to the players who are already inside. “I could totally see a daily fantasy sports booth near the entrance of a casino,” envisions Brian Hastings, a professional poker player and fantasy sports enthusiast, “where people can draft teams on iPads and pay for entries right at the booth with cash or casino chips. I think it would be great for the daily fantasy sports industry and provide a nice influx of recreational players.”

In this scenario, the absence of sports betting may be a blessing in disguise. “New Jersey losing its legal battle to bring single-game sports betting to the state’s casinos and racetracks may have fueled the growth of fantasy sports even further,” says Finan, “by delaying a potential source of competition for consumers’ discretionary income and time.”

But at the same time, Finan cautions against automatically assuming that fantasy sports is a surrogate for sports gambling. “The daily fantasy sports customer is not necessarily the same customer as the single-game sports betting customer,” he says, echoing FSTA’s position on the matter. “They are different forms of entertainment and can attract different people to the casinos.”

Hastings, who divides his time between gambling for a living and playing fantasy sports for fun, is probably the best person to talk to about where sports wagering ends and fantasy sports begins. “I sports-bet casually with some friends for small stakes,” he admits, “but I don’t have any delusions about being able to beat the Vegas lines. If we’re analogizing to casino games, daily fantasy sports is like poker. Sports betting is more like blackjack—a select few may have an edge, but it’s usually not beatable by the general public.”

The complexity of assembling a fantasy sports team makes Hastings believe that “overall, there’s enough difference about daily fantasy sports that it’s not much of a surrogate for sports betting at all.”

Givant believes that, for casino-run fantasy sports contests to consistently show returns, the payouts have to be larger than what they usually are today on other sites, but the buy-ins must remain relatively affordable. “People will always be interested in a low entry fee and a multimillion-dollar grand prize,” he says. “The lottery is a perfect example. But when we are talking about fantasy football, players want skill as a factor too, because they want to show they are the superior player.”

Givant suggests an achievement-based system geared toward satisfying the casinos’ thirst for foot traffic while dispensing resources that casinos can give out cheaply, like comps and casino credit.

“Suppose you develop a tournament format where there are, say, 10 achievements,” he says. “A player is at home and passes an achievement while playing on the casino website. They might get a prize at the casino such as dinner for two. Moreover, they get to try another achievement. If they pass that one too, they might win $25 in gambling chips at the casino. Each time, they advance toward more valuable prizes, but to collect the prizes, they must redeem them at the casino. This could be a boon for the casino’s foot traffic.”

The NFL’s 2014 season begins this month. If casinos have any fantasy sports intentions, those should be visible by now, especially since football is by far the most widely played fantasy sport. In New Jersey, if another year passes without a noticeable display of interest in fantasy sports by the casinos, it would not necessarily indicate a lack of interest, in view of several woes currently preoccupying Atlantic City.

But if it was the federal sports betting litigation that was inhibiting the casino industry’s fantasy sports ambitions—and that litigation has just come to a close—then this may well be the time for the casino/fantasy experimentation to begin, creating opportunities for entrepreneurs like Givant, competition for businessmen like Eccles, and the expansion of a beloved pastime for Hastings and the 40 million North Americans like him who have a hard time placing a sports bet, but delight in the thrill of watching their fantasy teams succeed.