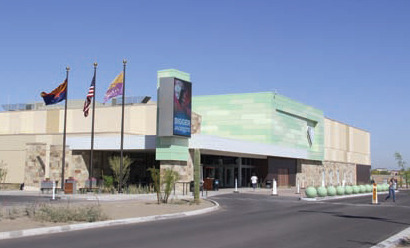 American Indian casino growth is slowing to a crawl, a trend tribal advocates believe will help end public and congressional criticism of Department of the Interior policy on placing land in trust for tribal governments.

State and local officials also voice opposition to creating trust land for Indian governments, claiming they have too little input in the process.

“The market has slowed down. I don’t think the next administration will have many big, controversial issues to contend with.”

Interior under Obama processed 2,285 land-trust applications for 542,497 acres, ending a Bush-era moratorium on placing land in trust for Indians.

Only 21 applications were for casinos, according to Interior. But Congress, state and local officials, and casino tribes fearing competition are seeking to amend the Indian Gaming Regulatory Act (IGRA) to limit the land-trust process. Most tribes oppose amending IGRA.

House and Senate leaders also rejected efforts for a congressional remedy the 2009 U.S. Supreme Court ruling in Carcieri v. Salazar, which limits Interior’s ability to place land in trust for tribes not “under federal jurisdiction” with passage of the Indian Reorganization Act of 1934.

“The focus on Indian gaming has defined politics and policy with regards to the tribes,” says Kathryn Rand, dean of law at the University of North Dakota. “The focus on gaming has been much greater than deserved.”

IGRA allows tribes federally recognized before 1988 to establish off-reservation casinos with the approval of state governors. It also permits casinos for newly recognized and landless tribes, those restored to federal recognition and those acquiring lands through a federal land claim.

Most controversial proposals have not been newly recognized and restored tribes or tribes seeking initial reservations. The Obama administration approved casinos for the Spokane Tribe of Washington, Tohono O’odham in Arizona, Menominee of Wisconsin, and North Fork and Enterprise Rancherias in California.

The agency would not provide a complete list of land-trust applications for casinos.

“Non-gaming land-trust applications will still continue at a high level,” Anderson says. “Tribes have a lot more money to buy the land.

“On the gaming side, the percentage will still be roughly 5 percent of the total.”

“We’re still going to see controversy over tribal casinos,” Rand says. “But it’s not the vice it was in 1988.”