Where is the security in Las Vegas casinos? 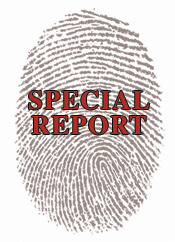 In the days following the Bellagio robbery in December, I received a number of calls from journalists across the country asking me for my opinion on how a person wearing a motorcycle helmet can walk into the Bellagio casino and steal .5 million in chips from a craps table. I got the feeling most of the reporters were searching for a sexy story on how the bandit was a fool for taking on the high-tech sophisticated arsenal of security and surveillance systems of a high-end Las Vegas Strip casino.

I guess they were looking for one of those “crime does not pay”-type stories. I kind of threw a wet blanket over their enthusiasm when my answer was simply, “No access controls.”

You see, Nevada is one of the only casino jurisdictions in the world that doesn’t mandate a security presence at the entrances to the casino floor. By presence I mean two eyes, two feet, a mouth and a mission to keep undesirable people out. Some jurisdictions call them security officers. Others call them customer safety officers. Some even call them hosts. Like the tower guards at Buckingham Palace, the TSA at the airports, the customs officers on our borders, their role is to monitor and report, but probably more importantly, their role is to be seen. They are a criminal deterrence, and act as both the first and last line of defense.

Having had the opportunity to visit a number of casinos in different jurisdictions, it was very noticeable when I first moved to Las Vegas that casinos lacked a security presence at their entrances compared with ones I had previously visited. I asked a few locals about it but was never really satisfied with the answers. Reasons included not wanting to project a negative image to customers, and the economics of manning multiple entrances common with Vegas-style casinos. Both reasons are debatable.

About 10 years ago, I worked for Star City in Sydney, Australia, a 200-table game, 1,500-slot casino. Our average daily visitation was around 20,000. Our marketing department decided to conduct an extensive customer service survey. Almost 90 percent of respondents rated a strong security presence as a very high reason why they chose to play at our casino. Comments from some of our customers suggested it made them feel safe from threats and attacks from thieves who may prey on their good fortune. Our organization viewed security as an important customer service.

In actual fact our casino was mandated by the state casino regulators to station security officers at access points to our casino floor. The primary reason was our legal obligation to keep underage people from entering the casino. This is a common requirement in the casino industry around the world.

However, Nevada casinos are a little different. They are “open houses.” Underage people can enter casinos as long as they don’t gamble or order a round of drinks at the bar. The burden and responsibility to identify underage customers seems to rest more on the staff at the point of sales, and on surveillance.

Is this why Nevada casinos don’t have security presence at the entrances? They are not legally obligated to. Apart from looking out for kids, there are other reasons casinos in the rest of the world have a security presence at the entrances. Security is on the lookout for banned players, self-excluded players, gang members, known cheats, terrorist suspects, obnoxious troublemakers and potential indications of criminal intent.

An example could be a customer covered from head to toe, wearing a full-faced motorcycle helmet, a backpack and a gun.

Personally from a customer perspective, when I visit a new casino, I often find the security person at the entrance to be my first point of call. Usually a well-informed security officer can point me in the right direction for a good steak and guide me to the bar with the largest selection of beer.

They’re the customer service desk that I don’t have to get lost in a maze of slot machines to find. They’re right there at the entrance, and if they can’t help me, they can usually get on their two-way radio and find someone who can.

I worked in surveillance for a number of years, and in that time I not only received my certificate in Monday-morning quarterbacking, but I can also say that the security officers at the entrances were a big part of what I called our casino security “triangle offense.”

The triangle was an asset protection strategy that relied on the timely communication between the security, surveillance and gaming departments. Security officers at the entrances were an important set of eyes that could alert surveillance to possible incoming problems. They were also the net that could be dropped on a thief or criminal making a run for the door.

It is also interesting to look at the way other countries operate. Last year, I attended the International Association of Casino Security conference in London. One of the attendees made the statement that his goal wasn’t to disseminate information among the network members to catch bad guys cheating and stealing at their casinos. Their goal was to prevent them from setting foot in their casino. In Macau, people entering casinos are required to go through metal detectors. Surprisingly, it does not inconvenience the thousands of daily visitors much at all. Requiring customers to enter through a “choke point” enables fixed security cameras to capture high-definition images of every customer that enters the casino. This not only provides a recorded reference; the data can be used for marketing analysis.

So I’m going to draw my own conclusion that in Las Vegas the lack of security presence is all about economics. The corporate mantra of “if it don’t make dollars, it don’t make sense.” In fairness, this approach is not just a Vegas thing. It would be interesting to see in these economically challenged times whether casinos around the world would station security officers at the entrances if it wasn’t mandated for them to do so.

In Las Vegas, the term “security and surveillance budget” has become an oxymoron. Speaking to industry insiders off the record, expense departments are being asked to survive on outdated equipment and stripped-to-the-bone staffing levels. A number of well-known casinos on the Strip are still using VHS recorders that require videotapes to be manually changed every eight hours.

Staffing levels in surveillance rooms are down to an average of three people a shift, which means while one is changing the tapes and one is on the phone resolving a customer dispute, the casino may be turning a blind eye if the third one needs to go potty.

The Bellagio robbery is a copycat crime. A quick Google search of casino or any type of armed robbery suggests the motorcycle helmet has become a popular choice of attire for the modern bandit. It’s a great disguise. A similar modus operandi was used to commit an armed robbery at the Suncoast casino in Las Vegas just five days prior to the Bellagio robbery. Since neither suspect has been apprehended, we don’t know if it was the same person.

Casino owners and operators must consider the times in which we are living. The U.S. is currently experiencing fallout from the worst economic recession since the Great Depression. Casinos in Las Vegas are feeling it. The city’s 15 percent unemployment rate is one of the highest in the country, and 70 percent of Las Vegas homeowners are upside down on their mortgages. These are times of uncertainty and discontent, and there is a need to review the way we protect our businesses from the inevitable increase in cheating and theft. Eleven casino robberies were perpetrated in Las Vegas in 2010. That represents more than a 100 percent increase from 2008, when there were five. That is a trend that warrants at least a discussion at the executive level.

My belief is that it is time to look at the way we operate the gaming floor, and analyze the criminal trends of the last two years so we can develop strategies for combating the security threats we face moving forward. This economy is not for faint-hearted managers, but I can’t help thinking now is an opportunity to throw away some of the old casino mindsets and throw caution to the wind. I’m talking an extreme makeover of duties and responsibilities for all staff that work on the casino floor. We may even come out of this recession with a more efficient operational model that eliminates the old casino factory mentality and unnecessary layers of gum-chewing supervision.

Here’s an example. Let’s say you decide it is a good idea to have security presence at the entrances. How do you do that when there is no money to add more security staff? Ask yourself if your existing resources are being utilized effectively, and if there really is a need to do some of the things you’ve been doing for years but never really questioned why. You may be surprised.

Do you really need security officers to carry chips to tables? It is not uncommon to see table game or cage staff transport chips to gaming tables in casinos in Asia. This could free up security staff to focus on keeping undesirables out. Why do you have chips, anyway? Why not cashless table games?

What about gaming staff? In my experience, the most inefficient scheduling time in a casino is the early hours of the morning. Sometimes it is difficult to predict business volume, so inevitably there is often spare floor staff searching for things to do. Why not get them out of the cafeteria and walking around the casino in a dual security/host role?

If security and surveillance managers are to adapt to the new economic landscape, they need to throw away the old casino playbook and call an audible. In the new casino world of doing more for less, it is time to be smarter and re-allocate security resources to focus on the real threats.

Like the great philosopher Mike Tyson once said, “Everyone has a plan until they get punched in the face.”