Okada plans to start with casinos in the Philippines and see where it goes from there. 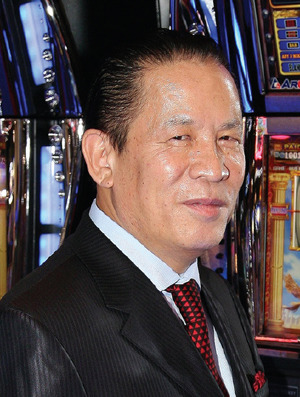 Universal Entertainment Chairman Kazuo Okada has plans to open two casinos and three hotels in the Philippines’ capital of Manila by 2013.

“We will be expanding our casino business to be the No. 1 business for our company,” Bloomberg reported Okada as saying in a recent interview.

The company currently receives 95 percent of its revenue from the sale of pachinko and pachislo machines in its home market, Japan.

Universal Entertainment plans to invest $2.3 billion in the Manila project initially. Included in that figure is the $350 million the company paid to purchase the land for the project in 2008, $1.6 billion to build a casino and hotel, and $350 million for a residential project.

Okada said Universal Entertainment is in talks with investors to raise funds for the Manila project.

While staying silent on identities of prospective participants before contracts are concluded, Okada said, “Some investors have already approached us, proposing to join our project.”

The project will include three hotels, two of which will have casinos, and a retail shopping mall, according to the company. The casinos are expected to have 500 tables and 3,000 slot machines.

The investment is expected to generate $2 billion in revenue in 2014.

“The sales will start to increase faster after a point in the period of 2014 to 2015, as Asia’s economy will build up,” Okada said. “It will benefit the casino market.”