Gaming bill to be ready in spring 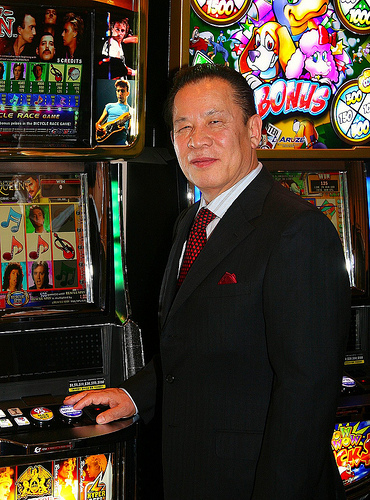 The recent opening of Marina Bay Sands, the Las Vegas Sands project in Singapore, has revived interest in Japanese gaming. It seems that the country’s legislators want to bring casinos to Japan for the same reason: to generate new tourism. The success of the Singapore casinos has heightened interest in gaming both inside and outside of Japan.

Sources tell Global Gaming Business that members of Japan’s legislature, the Diet, are working on a casino bill that could be ready by the fall, with passage likely in the spring of 2011. The law would need to repeal the current ban on gambling in Japan—even though there are several ways for Japanese to place wagers on horse racing, bicycle racing, motorcycle racing, motorboat racing and also the Toto and Takarakuji lotteries, all of which are operated, exclusively, by public agencies.

And of course, the country’s wildly popular pachinko industry is just a thinly veiled gambling opportunity. Hundreds of thousands of these pinball-style games are located throughout Japan, along with the electronic cousins, pachislots. Players win tokens at the games, and then travel a very short distance to “redemption centers” where they are rewarded with cash and prizes.

The same concept of separating the payout from the game was suggested for casinos, but was shot down by the courts and the National Police. So it’s obvious a legislative road must be traveled.

Shozo Azuma, a pro-gaming lawmaker with the ruling Democratic Party of Japan (DPJ), says there is too much money at stake not to consider gaming.

“For this country to develop energetically in the future, I think the casino industry has potential worth exploring,” he says.

With the ascension of the DPJ to power, a coalition of legislators from that party and the former ruling party, the Liberal Democratic Party (LDP), is the only answer to the passage of a casino law.

“Political parties can’t sponsor this kind of bill, because there will always be division within their own ranks,” said Toru Mihara, a professor at Osaka University of Commerce. “But because we have been through this once when the LDP was in power, and now we’re doing it with the DPJ in power, the chances of a Diet member-sponsored bill being passed are high.”

Mihara, who is advising the government on the bill, says a two-casino plan is currently being considered, with the possibility of more casinos being added later.

In addition to Las Vegas Sands, there is expected to be a land rush when the RFPs are issued. Wynn Resorts is expected to partner with its largest shareholder and Japanese pachinko mogul Kazuo Okada, the owner of Aruze Gaming.

Maruhan Corporation, the nation’s largest operator of pachinko parlors, also is expected to be a bidder. The company is a partner in Macau’s Ponte 16 casino. Konami, the Japanese-owned slot manufacturer, also is expected to be interested. And of course, a wide array of American companies, from Harrah’s Entertainment to Penn National Gaming, are expected to put in bids.

But that might be putting the cart before the horse. There are still some formidable opposition groups lined up against casinos. The Japanese Communist Party has long opposed any gaming. And for strange bedfellows, the New Komeito party, which is backed by a popular Buddhist group, could also oppose any gaming legalization.

Mihara says the key is to dedicate any casino taxes to a popular cause, such as the struggling national pension system, the nenkin, as well as assuring that problem gamblers could find help if necessary.