Casinos Austria takes its other gaming products on the road 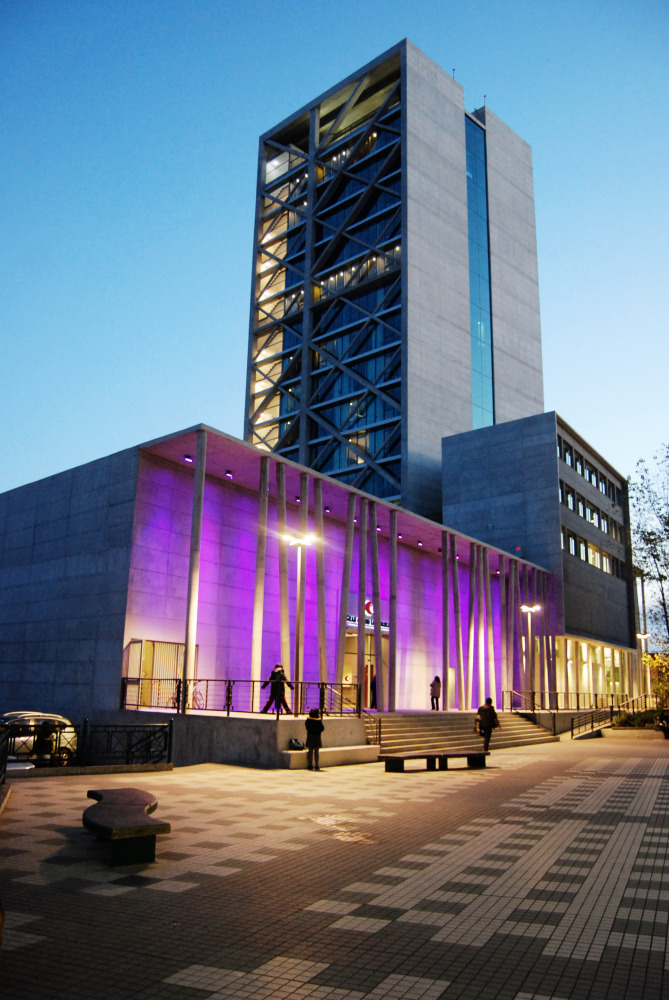 “Now that we are halfway through 2009 we can see that the casino business in general has been affected by the economic crisis around the world,” says Paul Herzfeld, the operator’s CEO.

Herzfeld is not just stating the obvious. His position, as head of the Casinos Austria AG unit responsible for—as of June 2009—68 casinos in 18 countries on six continents and 10 cruise ships, makes his observations particularly well informed.

“It is interesting to notice that while we see some impact on the revenues in European casinos, we have practically no impact in Australia and also not in South America,” says Herzfeld. “Clearly, there is some distinction between different areas in the world. Maybe this depends a bit on how closely these economies are linked with the U.S., and to what happens in the financial markets.”

Company results for the first half of 2009 were not yet available for inclusion here. But regardless of any surprises good or bad, one big effect of the worldwide economic situation on the Austrian gaming concern has been to hamper previously announced plans to become more active internationally in the areas of lottery, sports betting and VLT operation.

Future Games
If such a move sounds overly ambitious for a company primarily known for its casino operations, perhaps a closer look at Casinos Austria and its subsidiaries is in order.

It all starts with parent company Casinos Austria AG, whose beginnings date back to the first legal Austrian casinos and whose immediate forerunner was formed to take over all casinos in the country in 1967. The company has maintained monopoly operator status in Austria since 1968.

When the company was asked to consult on the formation of a government-owned casino industry in The Netherlands in 1976, it led to the creation of wholly owned subsidiary Casinos Austria International the following year. The reason for the separate entity was to bring all anticipated international activities into a single organizational structure. The move proved necessary as, since having been established, CAI has opened more than 215 casinos in 35 countries and on 90 cruise ships.

In 1983, Casinos Austria AG was asked by the Austrian finance ministry to become involved in the nation’s lottery system. That involvement has grown over the years to where the company currently holds a 68 percent interest in Austrian Lotteries. Games offered include lotto, toto, preprinted raffle tickets, scratch cards and break-open tickets. Austrian Lotteries sales outlets also sell tickets for the pan-European EuroMillions game, which, like the Powerball game in the U.S., offers rollover jackpots that on occasion have surpassed the €180 million mark.

Online gaming site win2day.at debuted in February 2003. It replaced an earlier effort at serving the home market that had been operating since 1998. Users need to supply detailed information when registering, to assure the operator that the individual is a resident of Austria. When accessing by computer, a user can buy virtual and standard lottery products, play a host of online casino games and skill games, and since February 2008, play poker against other Austrians. Mobile device users can participate in a more limited assortment of lottery and casino games.

The WINWIN VLT network was begun in May 2004. The idea is to offer slot machine-like gaming in a less formal setting than a full casino, but to maintain a trendy atmosphere and provide a quality food and beverage service. The product is also competitive in some ways with the low-stakes gaming machine market, which operates in certain provinces with maximum stakes of 50 euro cents and jackpots of €20. A dozen WINWIN venues around the country, each with between 50 and 150 machines, allow players to wager as little as 1 euro cent but can offer jackpots up to €26,050.

Sports betting provider tipp3, launched in August 2001, offers a variety of events to wager on, including ice hockey, skiing, Formula 1 racing and, of course, soccer, the mainstay of European sports betting. Players can get their bets down at 3,700 sales outlets around the country or in one of the betting lounges inside a WINWIN VLT venue. In 2008 there were also 65,000 users registered to bet via the tipp3 website. Also last year, the capability to bet by text message from a mobile device was added.

In other words, Casinos Austria has been honing its operational skills in multiple gaming categories, for a number of years. The company is counting on this track record of experience, combined with strong name recognition and a good reputation, to attract new business internationally within these categories.

“We have started to spread the word that we are interested in looking at opportunities in lotteries, sports betting and VLTs, and we have some interesting contacts which we are trying now to follow up, to see if there really is an opportunity,” says Herzfeld.

In November 2008, the company announced the imminent launch of a scratch-card lottery for the Russian autonomous republic of Bashkortostan. At the same time, it was made public that a linked network of 2,000 sales terminals will be supplied to the same client. In April, the order for 2,200 lottery sales terminals went to KEBA, an Austrian specialist in automation and a longstanding partner of Austrian Lotteries. The terminals will be delivered later this year.

It is a good start, but again, the economy has put a lot of actions on hold.

“We are not in a hurry,” says Herzfeld. “We just have to build on this and see how we can capitalize on the network and the experience we have in our international casino business. But already, we see that it can work quite nicely, because people know our name—they know our background, that we have been in the business a long time and that we are serious guys. It’s a nice combination that we can offer and that can be put together in a very flexible setup.”

But It’s Casinos Austria
The domestic casino offering has remained relatively constant since 1992, when the 12th property, Casino Innsbruck, opened its doors in the renowned Austrian winter sport town of the same name.

A total of 2.3 million visits were made to the 12 domestic properties last year, with 37 percent of guests coming from outside the country. Of the six highest-grossing casinos, only Casino Bregenz, situated close to both the Swiss and German borders, received more international guests than domestic. Across the country, women accounted for 43 percent of total visits. Seventeen percent of visitors were recorded walking through the doors of a Casinos Austria property for the first time.

Competition is fierce in the region. Every country that borders Austria has casinos. Fortunately for the home team, a portion of that very competition is in the form of Casinos Austria International properties. Of Austria’s seven immediate neighbors, CAI is involved in casinos in Switzerland, Czech Republic, Hungary and Germany—though many of those properties are nowhere near the host country’s border with Austria. Nor are they all fortunate enough to be in equally competitive jurisdictions.

CAI operates 10 casinos in Germany, mainly in the north of the country, which is about as far as you can get from Austria and still be in Germany. That holds true for the operating climate for casinos there as well.

Speaking about conditions in Germany, Herzfeld says, “It is very tough, really very tough. The casinos have always been highly regulated, but at the moment they are regulated like never before.”

Obstacles introduced in recent years have included expensive measures to comply with a partial smoking ban and stricter ID requirements to enter the slot room of a casino, which is generally separated from the table game area and which used to have virtually no barrier to entry.

Savage Street Slots
Another problem is competition from the street slot machine market, which is regulated by federal legislation as opposed to the state.

“What I cannot understand is that slot machines outside of casinos are much more liberal and have no access restriction,” says Herzfeld. “In some you can even smoke. This is not what we would call a level playing field.”

Herzfeld is hoping that some of the more troublesome conditions will be remedied when the current agreement between the states expires at the end of 2011.

Much farther afield and in a much better business climate, one of the newer casinos from CAI recently added a hotel. The Gran Casino Los Angeles, in the Chilean town of the same name, opened in July of last year. This June saw the opening of the casino’s new five-star hotel. The 90-room hotel, managed by Starwood, features a state-of-the-art conference center for 500 attendees, a ballroom for up to 260 guests and Restaurante 565, which serves Chilean cuisine. The hotel has a spa, indoor and outdoor swimming pools and a fully equipped gym.

The casino is not huge, with 10 gaming tables and 200 slot machines, plus a bar and restaurant. But it suits the requirements of the local population—about 150,000 inhabitants, according to Herzfeld.

“So far it is mainly a local catchment area,” says Herzfeld. “It is a normal city, not very big, and our visitors come primarily from this area. In Chile there are now several casinos, so each area has its own. When the government issued the licenses, they didn’t want to have too much of an overlap in catchment areas between casinos, so they are more or less evenly spread around the country.”

In an industry populated with multibillion-dollar developments, creating a 10-table casino with a 90-room hotel can sound like a lot of work for not much return. But this is exactly the kind of project upon which CAI has built its name.

“This is our niche,” says Herzfeld. “We are used to running mid-sized casinos efficiently. Chile is perhaps a little far from Austria, where we have our head office, but otherwise, it is not unusual for us.”

A second casino in Chile, in the town of Ovalle, is expected to be completed in early 2011.

Other areas of interest include the U.K., where many of the 16 towns that received licenses under the 2005 Gambling Act still need to select a developer. In the U.S., development company Diamondhead Casino Corporation stated as recently as May that CAI “… with whom the company had a prior letter of intent, remains interested in the project.”

Selling a Bit
But as interesting as new acquisitions might be, CAI does not maintain a buy-and-hold strategy—as witnessed by 215 casino acquisitions over the years translating to a current 68-and-counting that are operated by the company.

The sale came as somewhat of a surprise, as the casino had been a major project for CAI and only opened fully at the end of 2007. But it was a strategic and timely move.