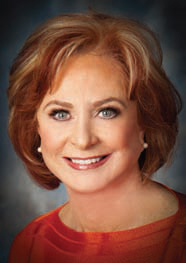 These past 15 years, I have had the good fortune to be engaged in responsible gaming (RG) on the supplier side of the gaming industry.

As director of RG for the Association of Gaming Equipment Manufacturers (AGEM), with more than 150 member companies from 23 countries, my role in RG is global in nature, thereby providing me the opportunity to contrast and compare RG efforts around the world.

This is an aspect of consumer protections that reflects the remarkable differences in cultures and their governments. Working with problem gambling interests (advocacy groups, treatment professionals, researchers and academics) has afforded a unique opportunity to view RG through a broad lens. Here is some of what I’ve learned and what I believe the future holds:

Player Protection Features via the Games

Although problem gambling prevalence rates remain relatively stable, more or less around 2 percent, regardless of the jurisdiction or type of gambling, responsible gaming measures are changing. It only follows that since I work on the supplier side of the gambling business, my primary focus has been the modification of the technology in an effort to create a “safer” gaming device.

These modifications include but are not limited to clocks on every gaming machine (don’t people wear watches?), pop-up reminders asking people if they wish to cash out, reduced max bet/prize and, more recently, the pre-commitment measures in Australia that allow players to place limits on time and money. Not only have these restrictions proven largely ineffective in reducing problem gambling, they have diminished player enjoyment for the approximately 98 percent of players who don’t have a gambling problem—until now.

For the first time in the U.S., the state of Massachusetts recently unveiled “PlayMyWay” as a component of its new RG framework under the recent gaming expansion. PlayMyWay is available through a loyalty card, and is not intended for problem gamblers but rather for recreational players.

The features allow players to manage their gaming experience by providing a type of budgeting tool. Some have referred to it as a type of “seat belt.” While it’s too early to determine how effective the technology will be in reducing problem gambling, regulators are encouraged by the number of players who are choosing to utilize the tools.

Despite admonishments by some that slot machines are designed to addict, slot play is down in many locales, including the gaming mecca, Las Vegas. It seems the new “millennial” generation loves anything interactive.

From an RG perspective, internet gaming provides a perfect platform to deliver the type of player protections that are difficult to incorporate into the games in a bricks-and-mortar establishment. After the introduction of internet gaming in the U.K., problem gambling prevalence has not increased. RG features are readily available on the game sites that allow players to manage their play experience, view RG guidelines, self-exclude and receive information for help with a gambling problem.

According to a survey by Bankrate.com, almost half of Americans walk around with less than $20 in cash. Convenience payments through use of a debit/credit card, mobile wallet, store-branded apps and a variety of other non-cash payment methods are quickly becoming a way of life.

Other countries have been even quicker to embrace this change, according to some industry research. Consumer Reports magazine states that in Belgium, France, Canada and Sweden, cashless payments now comprise 89-93 percent of consumer spending.

Problem gambling interests have expressed concerns about how this could impact vulnerable players if adopted at gambling venues. These concerns might be addressed by incorporating RG measures, such as those used for online play, into the non-currency payment forms. These may include age verification, loss and time limits set by the player, self-exclusion and, most importantly, information on where to go for help if players think they might have a gambling problem.

Another aspect of RG that is undergoing a change is the role of the game provider in protecting players. Gaming technology companies that have been strictly business-to-business companies in the past are now finding themselves moving into the business-to-consumer space with the advent of online gambling. The primary difference of RG for operators such as Caesars, Wynn or Las Vegas Sands as opposed to the RG program of a game provider is direct interface with the player.

RG for a technology company centers around product safety, regulations that ensure fairness of the games, advertising guidelines, assisting in the creation of public policy that addresses RG, employee awareness and working with the problem gambling communities toward common strategies to reduce harm. In today’s online gaming environment, a game provider might get a call from a player who has a gambling problem and needs to know how to better manage play, self-exclude or seek advice on where to get help. Or they may have a loved one who has lost thousands of dollars playing one of those so-called “addictive” games and wants to know what the game provider can do to rectify the situation.

Calls of this nature may fall to a customer-relations employee who hopefully has some in-depth training in this extremely sensitive area. Casino companies have been interfacing directly with players far longer than technology providers, and typically have detailed training programs for employees who are designated “gaming ambassadors,” and can assist players with a gambling problem.

The clamor for player data by researchers to help minimize gambling-related harms has been a subject of interest at virtually every problem gambling-related conference I have attended this year—and I take part in most, if not all, of those events.

In one discussion, it was pointed out that the casinos and online operators definitely know who their compulsive players are through all the player data that is collected for marketing purposes and player loyalty schemes. Although this data might indicate frequency of play, preferred games and spend amounts, it may be difficult to extrapolate information identifying a compulsive player from such a broad data field.

Privacy issues are also a concern. It is one thing to utilize data for marketing purposes and quite another to diagnose a mental health condition. A related topic has been the use of so-called “algorithms” that claim to detect problem gamblers based on their play behavior. While certain play patterns might indicate a gambling disorder, the concept of an algorithm that positively identifies a compulsive player remains controversial.

Looking into my crystal ball for what the future holds for RG, I see the supplier side of the gaming industry taking a more active role. The mix of exhibitors and participants at the big Global Gaming Expo this year at the Sands Expo in Las Vegas is an indicator of the major transformation taking place in the gaming industry.

Another event that is evidence of the evolving gaming landscape was the Iberoamerican Gaming Summit held in Mexico City last May. AGEM collaborated with SEGOB and others to make the event possible. Top-level decision-makers from South and Central America gathered to discuss critical issues around internet gaming, regulation and illegal gambling. The program included a roundtable discussion dedicated exclusively to RG. I was privileged to take part in this exchange of ideas. In the very recent past, RG was not a primary consideration or even included at industry conferences.

There are many new business interests that have not previously been in the legalized gambling arena and are unaware of sensitivities related to consumer protections and their relationship to problem gambling. Gambling is a unique commodity, and is held to a different standard than others in the entertainment business. It is vital that those new to gambling become aware of this distinction and engage with problem gambling interests.

The public backlash surrounding video lottery terminals in Canada, fixed-odds betting terminals in the U.K. and the pokies in Australia might have been avoided if stakeholders had been more proactive in providing strong RG measures. A famous quote reminds us that “those who fail to learn from the past are doomed to repeat it.” It is not surprising that public perception shapes gaming policy.

AGEM Executive Director Marcus Prater recently commented, “We are living in a remarkable and unprecedented period in the gaming industry. AGEM, with its diverse membership, provides the perfect vehicle to help expand awareness of RG and its importance in sustaining our business for the future.”