Tip pooling for casino employees can be risky business 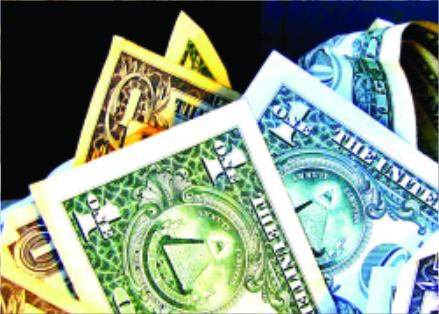 A class action in which dealers challenged a casino’s mandatory tip-pooling arrangement resulted in a recent appellate victory for the casino. However, the case provides little comfort to employers who are faced with navigating state and federal laws that implicate tip pooling.

In Lu v. Hawaiian Gardens Casino, Inc., dealers challenged the arrangement under which they were required to contribute 15 percent to 20 percent of their tips to a pool that was shared with other service employees. The dealers alleged, among other things, that the arrangement violated California Labor Code §351, which provides that tips are the sole property of employees for whom they are left or to whom they are given. On appeal, the California Supreme Court held that the employees had no private right to sue their employer under Labor Code §351.

Although the Supreme Court found no private cause of action under this statutory provision, the court did not rule out other remedies that employees might pursue for improper tip-pooling arrangements, such as a common-law action for conversion to recover misappropriated tips. The court also acknowledged that the California Department of Industrial Relations can prosecute violations of Labor Code §351 as misdemeanors, resulting in up to 60 days imprisonment and/or fines of $1,000.

Additionally, an aggrieved employee may potentially seek to recover civil penalties on behalf of all similarly situated employees pursuant to the Labor Code Private Attorneys General Act of 2004. Therefore, while the casino employer prevailed on the narrow issue that was appealed (i.e., whether the employee had a private cause of action under §351), the Lu case underscores the importance of assuring that tip-pooling arrangements comply with both state and federal laws.

Although the California Supreme Court in Lu specifically stated that it expressed no view on whether tip pooling is permissible under §351, prior Court of Appeal decisions have held employers are not prohibited from requiring tip pools among employees who directly provide service to tipping patrons. However, the employer must keep accurate records of tips received by employees, and the employer or its “agents” may not retain any portion of the employees’ tips or participate in the tip pool.

An “agent” of an employer is defined as a person other than the employer who has authority to hire or discharge any employee, or supervise, direct or control the acts of employees. In Chau v. Starbucks Corp., the California Court of Appeal recognized the distinction between a mandatory “tip pool,” in which the tip is left for an employee but that employee must share the tip with other employees who also provided service to the customer, and a collective “tip box,” in which the tip is left in a common tip box for all employees on the “team” who participated in serving the customer.

In the Lu class action, the lower appellate court recognized that mandatory tip pooling is permitted in the casino industry, but reversed the trial court’s summary judgment in favor of the casino because it found a question of disputed fact as to whether certain employees in the tip pool had supervisory responsibilities that made them “agents” who were not permitted to participate in the tip pool. Recipients of tips from the tip pool in that case included chip runners, poker tournament coordinators, poker rotation coordinators, floormen, customer service representatives (formerly called “relief supervisors”), hosts and concierges.

Because the Supreme Court in Lu reviewed only the narrow issue of whether Labor Code §351 provides a private right to sue, it did not analyze the propriety of the tip pool challenged in the case. Requirements relating to tipped employees vary from state to state and, therefore, casinos should review specific state law requirements for the jurisdictions in which they operate.

In terms of federal law, casinos must comply with the Fair Labor Standards Act with respect to their tipped employees. Similar to California law, for purposes of the FLSA, tips are viewed as the property of the employee to whom they are given. In contrast to California law, under which employers must pay tipped employees the full state minimum wage, the FLSA permits employers to take a tip credit (i.e., to rely on tips received by a tipped employee to satisfy a portion of their statutory obligation to pay the employee the federal minimum wage).

Improper tip-pooling arrangements can cause an employer to lose its right to claim a tip credit under the FLSA and require it to pay back to affected employees the difference between the hourly wages it paid and the full minimum wage.

Improper tip-pooling arrangements can also result in liability under other FLSA provisions, even for employees who receive the full minimum wage from their employer. Because an employee’s tips are viewed as the employee’s property, if an employer requires an employee to contribute some of those tips to an invalid tip pool, the employer could violate the FLSA requirement that employees receive the minimum wage “free and clear” or, in other words, without any improper deductions or kickbacks.

The tips contributed to the invalid tip pool could be treated like a deduction from wages, which violates the FLSA to the extent that the deduction reduces the employee’s average hourly wages below the federal minimum wage. Similarly, contributions to an invalid tip pool during a week in which an employee works more than 40 hours could result in violation of the overtime wage provisions of the FLSA.

Under the FLSA, a tip-pooling arrangement is invalid if employees who do not “customarily and regularly receive tips” participate in the pool. Including such employees in a tip-pooling arrangement is a common cause of FLSA violations. In addition, a tip pool is invalid if tipped employees are required to contribute more of their tips to the pool than is “customary and reasonable.” The U.S. Department of Labor’s Wage and Hour Division, which enforces the FLSA, has taken the position that it will not question whether the amount contributed is “customary and reasonable” when at least 85 percent of the tips received by an employee are redistributed to that employee (i.e., when an employee’s net contribution to the tip pool does not exceed 15 percent of the tips he or she initially received from patrons).

In the casino industry, where tips can be significant and a dealer might receive an extremely high tip from a patron who had good luck on a given night, it is particularly important for employers to have tip pools that comply with applicable laws. Because of the risks involved, employers should periodically review their tip-credit and tip-pooling policies and requirements to assure compliance with other state and federal requirements.