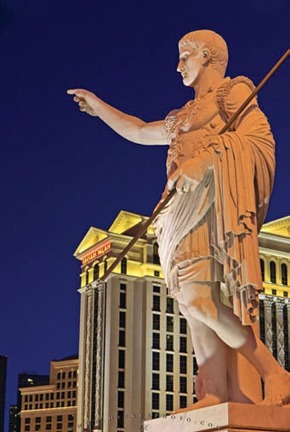 Caesars Entertainment Corporation, which has just cut a deal with a group of senior bondholders to refinance a large portion of the operator’s suffocating debt load, has traded lawsuits with a group of holders of second-lien notes who Caesars officials say are hampering negotiations with the senior group.

The second-tier bondholders filed suit against Caesars last month in Delaware, and Caesars responded with a counter-suit in New York against the note holders, which include institutional investors who are trying to block debt-restructuring efforts they say will leave them holding the bag on $1 billion worth of second-lien notes.

The group of defendants in the suit filed by Caesars includes one first-lien note-holder, Elliott Management Corporation, which Caesars’ complaint claims has the “greatest ulterior motive” in seeing that Caesars defaults on its debt. Caesars officials said the investors are trying to push Caesars into default while the company tries to make capital transactions that will improve the company’s financial condition.

Caesars assumed $30 billion of debt as a result of its buyout in 2008 by Apollo Global Management LLC and TPG Capital. The company now carries $24 billion in debt, and with profits down since the recession hit shortly after the buyout, the company has struggled to meet interest payments. In June, holders of the company’s second-lien debt sent the operator a default notice.

In mid-August, Caesars cut a deal with senior bondholders to rebuy notes to cut the operator’s indebtedness by $548.4 million. According to a regulatory filing, the group of bondholders agreed to sell Caesars $89.4 million of its 6.5 percent notes due in 2016 and $66 million of its 5.75 percent debt due 2017. Caesars and its operating unit will each pay holders $77.7 million in cash, while the parent contributes “no less than” $393 million of notes to its operating unit to be canceled.

According to a Bloomberg report, the company also won the support of the holders of $82.4 million of notes to amend indentures and agree to a restructuring of the notes within six months, and to modify provisions that restricted sales of the operator’s assets to a subsidiary that would prevent their seizure by creditors.

“This is just another step that the company is taking toward a bigger restructuring,” Chris Snow, an analyst at debt-research firm CreditSights Inc. in New York, told Bloomberg.

“The transaction we are announcing today is the latest in a series of steps intended to deleverage” the operating unit and “position it for a potential stock listing,” Caesars CEO Gary Loveman said in a statement.

That deleveraging effort centers on investors who own portions of Caesars’ $6.35 billion of first-lien bonds. The operator is negotiating with those note-holders on a plan to restructure about $19 billion in debt currently carried by Caesars’ operating company. The senior bondholders are reportedly negotiating terms that would afford some flexibility in paying a $3 billion interest payment.

The lower-level creditors object to Caesars’ sale of its own assets to a trust division they say is designed to shield the company from creditor seizure in case of a default.

Caesars sold several of its most valuable assets—including Harrah’s New Orleans, Planet Hollywood and Bally’s Las Vegas—to subsidiary Caesars Growth Partners, a real estate investment trust that puts the assets out of reach of creditors. This move also allowed the operator to remove the guarantee from lower-level debt.

The current negotiations could pave the way for a bankruptcy of the operating company, according to one bondholder representative. “The financing transaction will, in our view, ultimately pave the road for CEOC’s bankruptcy rather than forestall it,” Sidney Levinson, a Jones Day attorney who represents holders of $1 billion of the unit’s second-lien notes, told Illinois Gaming Board members in July.

Fitch Ratings reported on July 30 that second-tier bondholders are likely to get no more than 20 percent of their debts’ face value—if anything at all—under Caesars’ new debt structure. “The company is negotiating with first-lien holders and they’re going back and forth suggesting new structures,” John Kempf, an analyst at RBC Capital Markets, told Bloomberg. “The question is, will the second-liens agree to this?”

The answer to that question came when Wilmington Savings Fund Society, a trustee for holders of 10 percent notes payable in 2018, sued the company in Delaware Chancery court in Wilmington, accusing it of fraudulently transferring assets as part of the restructuring and wasting assets.

The trustee lawsuit alleges that Caesars officials “have made clear they have no intention of preserving the value” of the gaming company “or otherwise protecting the interests of creditors,” and further claims Caesars transferred its online gambling business, which the company valued at $779 million, from the operating company to the parent company in 2011 “for little or no consideration.”

According to the bondholders’ lawsuit, the effect of those transactions and others—including transfer of the Linq shopping mall to the affiliate in exchange for assumption of $450 million in bank debt—was the splitting of the operator into a “Good Caesars” and a “Bad Caesars,” to the detriment of lower-level shareholders.

Caesars answered the trustee lawsuit, which seeks an order to halt the debt restructuring efforts, with the New York lawsuit, seeking to preserve the efforts.

“We refuse to be held hostage by speculators who appear to be betting against the long-term health of our enterprise as well as our more than 60,000 employees and the communities in which we operate,” Caesars CEO Gary Loveman said in a statement in early August. “The meritless actions taken by the defendants impede our ability to conduct rational negotiations with holders to further improve (the operating company’s) financial condition.”

Meanwhile, the restructuring did not prevent continued losses due to the interest expense required to finance the massive debt. The operator reported that its second-quarter loss more than doubled, in part because of higher interest expenses.

Caesars reported a net loss of $466.4 million, or $3.24 per share for the quarter, compared to $212.2 million or $1.69 a share a year ago. The company blamed interest cost that rose to $113.7 million for the quarter, and what it called a “difficult operating environment” in Atlantic City, where the company was expected to close its Showboat casino-hotel at the end of August.

Caesars stock fell 2.3 percent to $13.35 after it announced the quarterly results. The stock has fallen 37 percent this year.

The move is regarded as a precursor to an offering of equity through public stock.

“We are focused on deleveraging and creating value at CEOC, and today’s announcement supports those goals,” Loveman said in a statement.

In a conference call with investors, Caesars Entertainment CFO Donald Colvin said the company still has $2 billion in reserve from which it can draw to make interest payments on bonds—a potential lifeline to stave off bankruptcy long enough to restructure a large portion of the operator’s debt.