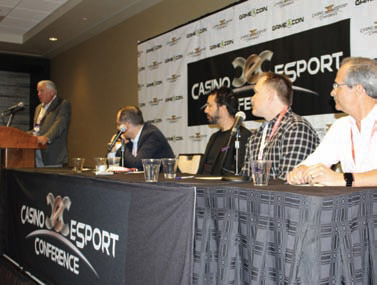 Credit legalized sports betting in the U.S. for an increased interest in esports, according to several speakers at the Casino Esports Conference held last month at the Luxor in Las Vegas. The second edition of the conference brought the concept of esports from theory to reality. Tours of the Esports Lounge at the Luxor were held and attendees got to see real applications of the activity inside a casino.

The opening session included Robert Rippee, director of the esports lab at the University of Nevada, Las Vegas International Gaming Institute, who said the business models for casinos and

“There are so many opportunities for the casino industry,” he explained, “executives just have to determine what they want to get out of it. Then you can plan specific models.”

John English, a partner at Global Market Advisors, says there are ways casinos can promote betting on esports, but first regulators are going to have to be comfortable.

“It’s yet another way of betting that regulators are going to have to get comfortable with, but with the right approach, it can happen,” said English.

Jeff Silver, an attorney with Dickinson Wright, and a former chairman of the Nevada Gaming Control Board, said the political appointments on most gaming commissions make it difficult to create an understanding of a new industry.

“Unless the regulator is really interested in moving the industry forward,” he explained, “they’re not really going to grasp it. We need young people who can understand this generation and their needs and desires to truly build effective regulations.”

“They can’t approach it as just another demographic group,” he said. “They need a different strategy that will convince e-gamers that they’re serious. You have to be authentic, or you’ll fall flat on your face.”

Rippee says the “organized chaos” that seems to encompass esports tournaments is completely understandable to esports players and observers.

“That’s why I believe that they can multi-task,” he says. “They could play slot machines or table games at the same time these crazy tournaments are going on. It’s all about community, and if they feel comfortable, they’re going to spend a lot of time and money there.”

With more than 150 attendees, the Casino Esports Conference was organized by Gameac.