With a solid share of its native Austrailian market, Ainsworth works to cover the Americas 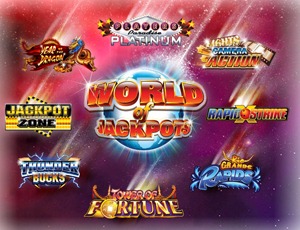 For gaming industry legend Len Ainsworth, there always seems to be a new mountain to climb. It was 16 years ago that he left the company he founded in Australia in the 1950s, Aristocrat, to establish a new slot manufacturer bearing his own name.

Few would disagree that Ainsworth’s second company—Sydney-based Ainsworth Game Technology—has successfully scaled the first mountain before it, gaining market share in its native Australia. “We’ve become the No. 1 performer in our own market,” says Jason Meyer, global product marketing manager for Ainsworth. “Four years ago, we were at 3 percent or 4 percent ship-share. Last year, we got to between 20 percent and 25 percent, and this fiscal year, we’re probably going to increase that significantly again.

“We’re dominating the market in Australia; our next goal is to get some serious market share going in North America.”

For the past two years, Ainsworth has been concentrating on spreading its wings in North America, along with growing its business in South America as well. The company is established in nearly every market in the U.S., where Mississippi and Colorado are the only states still on the agenda in the licensing effort. The company’s product is well-established in New Jersey and elsewhere along the East Coast, and began field trials in Nevada last month. Ainsworth also has entered Canada, with licensing secured in Ontario and Alberta, and has been a major player in Mexico for years.

One of the most successful Ainsworth games in North America has been a four-level linked progressive video slot called “Players Paradise.” The game features progressives ranging from the hundreds to the thousands of dollars, and corresponding bonus prizes, along with fixed prizes of $50 and $100—big fixed pays for a penny game.

The primary game features stacked wilds that increase large jackpots. “The game itself focuses on getting five-of-a-kinds rapidly,” says Meyer, who adds that the topper sign, styled along the lines of the famous “Welcome to Fabulous Las Vegas” sign on the Las Vegas Strip, gives the game “a branding element that’s instantly recognized.” The signage is up with the game at every U.S. installation, and Meyer says the game is a big earner wherever it’s installed.

It provides one of the lead games in what Ainsworth calls “World of Jackpots,” a collection of progressive slots on the “Super A560” cabinet, the new three-screen version of the A560 cabinet that was launched earlier this year. (The overall G2E collection is dubbed “A Galaxy of Options.”)

The company will display seven linked progressive games at G2E, all of which can be connected to the same jackpot link. In addition to Players Paradise, the World of Jackpots library includes “Thunder Bucks,” “Rapid Strike,” “Lights Camera Action,” “Rio Grande Rapids,” “Jackpot Zone” and “Dragon.”

“We’re looking to build a bank of different jackpot themes, all in one area, and run by a single jackpot controller,” explains Meyer. “The cabinet includes a third screen, so there is no need for dedicated signage for the progressives. The operator doesn’t have to buy signage that may or may not work, and can place multiple themes on one bank, and maybe 20 different jackpot banks on one controller.”

Meyer adds that operators will be able to refresh the links with a steady stream of new progressive games for the Super A560.

Another new cabinet being launched at the show is called the “Mega Top.” It is the “low-boy” version of the Super A560, seven feet tall with dual monitors, the top LCD a vertical portrait-style display.

The first game Ainsworth will deploy to show off the Mega Top is “Players Paradise Platinum,” a super-charged version of the Players Paradise slot that has been the lead game for the company in North America. It has six levels of linked progressives, which can be multiplied by collecting “Platinum Play” symbols during the primary game. The symbols allow players to win multiple progressive jackpots in one game.

With all 50 lines in play, according to Meyer, there is a potential to win 20 or 30 coinciding progressive prizes in one game.

Ainsworth is also launching a new game category at G2E—high-denomination slots, an area Meyer says manufacturers have under-seved in the past. The “Hot Reel” line will include single-line, five-line, 10-line and 20-line games in denominations ranging from dollars all the way up to a $500 denomination.

Finally, 25 new stand-alone games in the manufacturer’s staple range of games, the “GamePlus” series, will be launched at G2E. The 50-line and 100-line video slots that have been Ainsworth’s bread and butter will be augmented with two-to-four-level stand-alone progressives with titles including “Double Shot Deluxe,” “Triple Shot,” “Double Hit,” “Super Game” and others.

Ainsworth will use the Global Gaming Expo as a springboard to complete its expansion in the Americas, while the company continues to look at other new markets, from Europe through potential distributorships and third-party-content deals to further expansion in South America and growth in Asia.

At G2E, the company will show a new multi-game product developed for South American and European markets, and for Asian markets, the game “Dragon,” based on next year’s Year of the Dragon in China. One of the seven linked progressives in World of Jackpots, it is Ainsworth’s featured product for Asia.

“It has sensational dragon artwork,” comments Meyer. “Operators have told us it is the best Asian artwork they’ve ever seen.” It also features simultaneous scatter pays, progressives and free games.

All told, Ainsworth’s “Galaxy of Options” will include more than 100 machines, with 50-plus new titles, including the linked progressives and new Mega Top games.

“We’re still an up-and-coming manufacturer,” Meyer says, “but we see ourselves as getting into a top-five spot, where people will come to us (in North America) as lively as they have in Australia. We’re building awareness of our brand, and getting our product out there. Customers will see what we can do, and help us grow our footprint.”

They are footprints of legendary shoes.