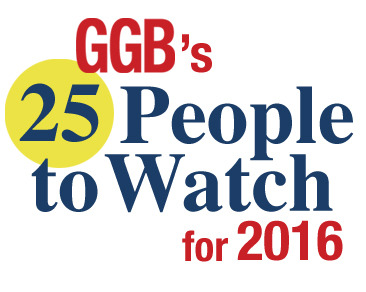 Over the years, achieving a position on GGB’s 25 People to Watch has been a career milestone. Since 2003 when the first class was honored, the 300 people recognized have become the leaders in the industry, known for their innovation, their spirit and their ingenuity.

This year’s class is no different. From Las Vegas to Brazil; Ohio to Macau; Washington D.C., to the edge of the internet, you’ll read about dynamic individuals with the talent and vision that will lead the industry for many years to come.

The 2016 class of 25 People to Watch was chosen by the GGB Advisory Board, with input from many readers. So make sure you understand who will influence gaming in the years to come. The path to the future runs through this year’s honorees.