The gaming industry fared will in last month's mid-term elections 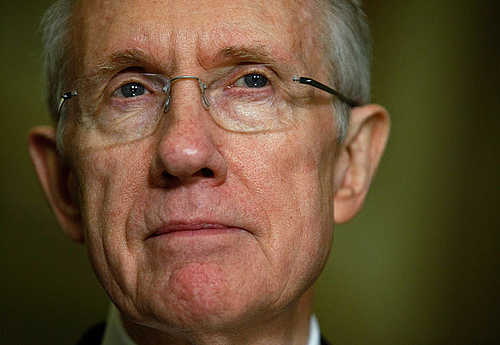 President Barack Obama called it a “shellacking.” Soon-to-be ex-Speaker of the House Nancy Pelosi said she had “no regrets.” But the 2010 mid-term elections that put all the seats in the House of Representatives and one-third of the Senate seats up for grabs (not to mention dozens of statehouses) were a true “change,” but not the kind Obama envisioned just two short years ago.

For the gaming industry, the wish list wasn’t very long, but most of the wishes were granted. At the top of the list was the re-election of Senate Majority Leader Harry Reid, who controls the fate of gaming legislation in the Congress. Unlike other years, however, Reid wasn’t a shoo-in. Many conservative Nevadans were angered by Reid’s sharp turn to the left upon becoming majority leader. His opponent—virtually hand-picked since Reid had emasculated all stronger potential opponents—Sharron Angle held what some called “radical” views and espoused possible policies such as ending Social Security and Medicare, not popular positions in senior-rich Nevada.

Gaming, however, was solidly behind the senator from Searchlight. Reid, a former member of the Nevada Gaming Control Board, has long carried gaming’s water in Washington, D.C., and his ascension to the highest position in the Senate only made him more important to land-based casino operators, if not for Indian gaming.

Also in Nevada, Brian Sandoval, a former chairman of the Nevada Gaming Commission, was elected governor, defeating Harry Reid’s son, Rory. As a regulator, Sandoval had exhibited a special understanding of online gaming regulation and could be a key ally in intrastate online gaming in Nevada. And he’s likely to do whatever is necessary to keep the Nevada gaming industry competitive.

In Iowa, casino gambling referendums passed in all counties that host the state’s 17 casinos, saving 10,000 jobs.

Iowa law requires voters in counties that previously authorized casinos to vote on keeping gambling legal every eight years. A simple majority was required for approval. In counties where casinos operate, voter approval exceeded 75 percent in every case, demonstrating once again that gaming becomes a true part of any community it enters.

In Maryland, the Cordish Companies won a battle with Penn National Gaming. Voters affirmed the Cordish right to build a casino in Anne Arundel County, putting the hopes of Penn to open a racino at Laurel Racetrack in serious doubt.

In Maine, voters narrowly approved a casino in Oxford County, in western Maine, while voters in the town of Biddeford endorsed a racino.

A commercial casino was rejected in Oregon and voters in the California Bay Area city of Richmond in an advisory election rejected a $1.2 billion Indian casino at Point Molate.

In Massachusetts, the re-election of Governor Deval Patrick means that supporters of gaming may have no choice except to concede him the point that any gaming bill will have to exclude racinos in the mix.