Black History Month and the Regulation of Gambling 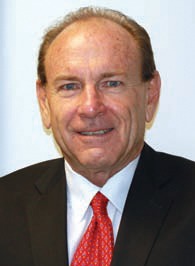 After I awoke a recent Sunday morning and was well into my routine of rummaging through the internet (I understand that most people surf, but I rummage), I came across an article that reminded me that it was National Black History Month.

While partaking in this rummaging, I also came to understand that February is National Cat Month and National Heart Health Month, but the fact that it was National Black History Month took me back to a time many years ago.

In the mid-to-late ’70s, I was rummaging through the wilds of Northern Nevada trying to discover a dissertation topic (I was well into rummaging before the internet). I had completed both my Ph.D. qualifying exams and field exams at the University of Utah, and so needed a dissertation topic.

Since I had basically funded my education through dealing cards and dice in the casinos of Reno, I was most interested in writing about gambling. I drove to Reno from Salt Lake City to mine for a suitable topic, and my first chore was to look up my two old professors from my University of Nevada days, Bill Eadington and Glen Atkinson.

It seems that Bill was out-and-about in the world, making it safe for slot machines, so I spent most my time with Glen.

Glen was teaching a summer school class, basically hanging around the university a lot, and so I attached myself to him. He sent me off to the library’s Special Collections Unit and told me to find a woman by the name of Mary Ellen Glass.

Glass ran the Oral History Program, and immediately turned me onto that collection, especially those works that dealt with the gamblers. My favorite of the collection was that of Ed Olsen.

Olsen had been the AP wire service correspondent for Northern California and all of Nevada. He covered the Bay Area during the 1950s, but was also given the Nevada beat that was primarily about Reno, which was the gambling center of the state, and Carson City, which was the political center.

Since not much happened in Nevada of interest to the AP, giving it to the San Francisco guy made sense. Some of Ed’s biggest stories had to do with the celebrity divorcees serving “the six-week sentence” at one of Reno’s dude ranches (the “six-week sentence” referred to the short residency requirement of the state which was important to many people seeking a divorce).

But as casinos began to develop in the southern reaches of the state, and all kinds of questions were being floated concerning the ownership of those casinos, Ed’s work went from developing an occasional story about Nevada to spending a great deal of time there. He was the man covering the gambling beat in Nevada during the late 1950s, and it was during this time that he came to meet Grant Sawyer, a man who became governor of the state in 1958, and who appointed Ed as the head of the Nevada Gaming Control Board in 1960.

Ed spent the next six years there during an interesting and turbulent time in the history of Nevada gambling.

After reading Olsen’s oral history, I was discussing with Glass how I enjoyed it. She said that I should go meet him, since he was living in Reno. She was kind enough to work through the details of arranging this visit, and so off I went to meet this man, armed with a tape recorder, pen, legal pad and a huge amount of naiveté.

He was dying, and he was dying alone. I spent the next six weeks with him, going over his files, sharing my research, and watching him drink a ridiculous amount of vodka.

The vodka helped him manage the pain of the various diseases that were destroying his body, and the loneliness and despair that was ravaging his soul. He seemed to have one person looking in after him from time to time, and I forget this angel’s name. I believe she worked in the office of N. Ed Miller, the president of the University of Nevada, and she would stop in to look after Ed, ensure that he was still alive, and that the taxi service had been delivering his groceries, which anymore mainly consisted of vodka.

He had no visible signs of a family, and it seems that they had all died, divorced, left, or otherwise estranged him. For the next six weeks I became Ed’s new best friend.

So what does all of this have to do with Black History Month and gaming regulation? Well, let me get to that…

During the 1950s, Las Vegas was known by many as the Mississippi of the West. It acquired this moniker because the casinos located there, especially those resorts beginning to define the Strip, practiced segregation.

People of color were not welcome as guests, and should they not understand this rule, the security forces of these establishments would cause them to understand. In the late 1950s, this practice was beginning to attract a bit of resistance. The NAACP began to chip away at this disgusting edifice, and there was an ever-increasing circle of both public and private officials who began working to remove this stain from the state.

Why, even Frank Sinatra and his associates within the Rat Pack are often mentioned in this regard, working to integrate the Strip for many of the black entertainers who, while they could entertain on the Strip, could not stay there.

At this time in the history of Nevada, all of the gambling areas of the casinos needed to be open to the public. It was also the case that the casino operator would suffer the wrath of the Nevada Gaming Control Board if they tried to prevent an agent of Gaming Control from accessing the gaming areas.

Armed with this knowledge, Olsen, with the full and complete knowledge of his governor, set out to deputize a black schoolteacher as an undercover agent of the board. Well, the rest is fairly easy to figure out. Once a casino operator walked the agent off of the property, it was brought to his attention that he had just prevented an agent of gaming from carrying out his assigned duties, and therefore, the operator was in serious breach of the laws governing his license. And that word got around the Strip fairly quickly.

Well, today, the Strip is a different place, in small part due to the effort of a simple regulator who had the understanding that regulation can be a tool to accomplish important public policy goals.